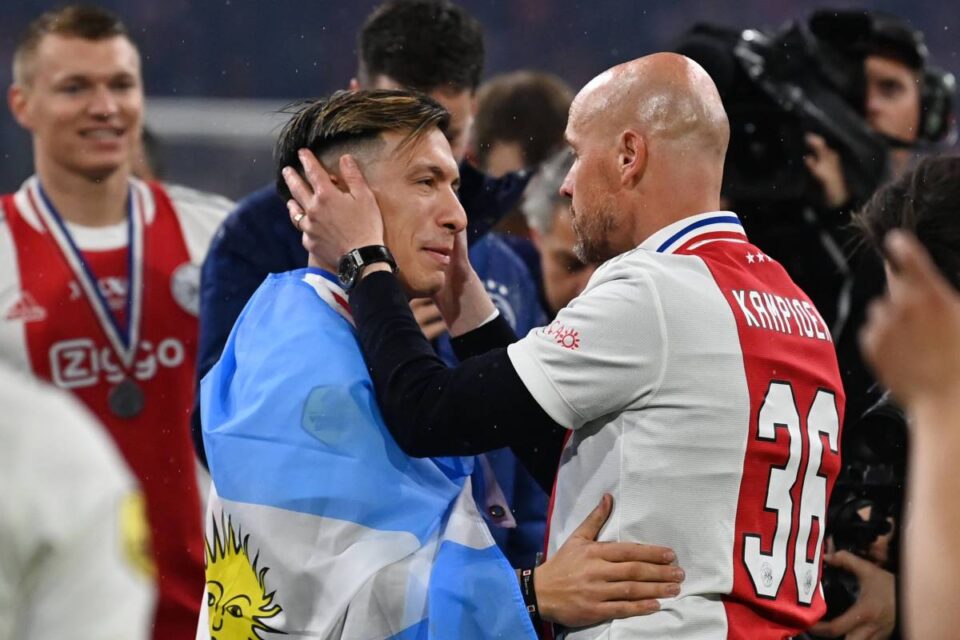 According to reports, Manchester United has prevailed in the competition to sign Ajax defender Lisandro Martinez. Martinez is on the verge joining the 20-time English champions and make a shift to England before the next season starts.

The 24-year-future old’s has generated a lot of talk in recent weeks, with reports claiming that both Arsenal and Manchester United are interested in luring him. According to a recent source, the Argentine international could be persuaded to reject the Gunners and relocate to Old Trafford.

This is due to the incoming Red Devils manager Erik ten Hag, who oversaw Martinez at Ajax. Man United are reportedly nearing the center- back’s, signature according to Italian journalist Rudy Galetti, and just the “last paperwork” needs to be completed.

Galetti asserts that Martinez’s move to Manchester is “just a question of time,” with the player expected to join Christian Eriksen and Tyrell Malacia in joining the club.

Last season, Martinez was a key contributor for his Dutch team, making 36 appearances across all competitions, contributing four assists and helping them win the league title.

Since moving to Amsterdam from Defensa y Justicia in 2019, he has played 120 times for Ajax, helping the team win back-to-back league titles and the KNVB Cup in 2021.

Recent offer made by Manchester United for Lisandro Martinez

Man United supposedly made a recent offer of £39.6 million for Martinez, with Ajax receiving £35.3 million up front and an additional £4.3 million in guaranteed add-ons. It is unclear, however, whether it is the actual amount that the two clubs have agreed upon.

“Martinez is very high on Erik ten Hag’s wishlist, so I expect big developments in the 24 or 48 hours,”

In his professional career, Martinez has played left back and holding midfielder, but it is believed that Man United is interested in signing him as a center-back.

This summer, it’s anticipated that Harry Maguire, Raphael Varane, and Victor Lindelof will all stay at Old Trafford. But Eric Bailly, Phil Jones, and Axel Tuanzebe might depart before the transfer window closes.

Thus, the Red Devils will be looking to strengthen their backline by bringing in Lisandro Martinez.

Eriksen is now anticipated to follow Malacia, while a deal for Barcelona midfielder Frenkie de Jong appears to be on hold. However, Malacia’s signature has already been secured.

“Frenkie is not for sale. He is a Barcelona player. We don’t want to transfer him,”

It is unknown if star forward Cristiano Ronaldo will be on the plane when Man United departs for Thailand on Friday to begin their preseason vacation. The Portugal international has not returned to training this week due to a personal situation.