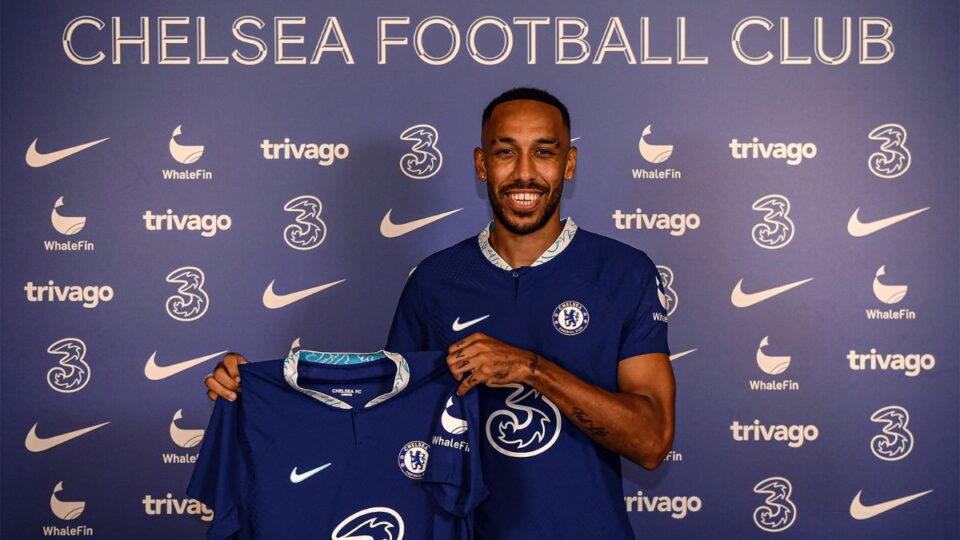 Striker Pierre-Emerick Aubameyang has been signed by Chelsea from Barcelona. With Romelu Lukaku and Timo Werner leaving earlier this summer, Thomas Tuchel was looking to reinforce his attacking ranks.

The Blues had been connected with the former Arsenal player for a few weeks before the transfer deadline. A deal sheet was required to complete the signing because the club did not confirm Aubameyang’s arrival until more than an hour after the 11 p.m. deadline on Thursday

The international player from Gabon signs a two-year contract in West London and transfers permanently to Stamford Bridge for an unknown amount. After having a contentious split with manager Mikel Arteta and losing his captaincy at the Emirates Stadium,

Aubameyang left Chelsea’s London rivals Arsenal just six months before to his arrival at Chelsea. The 33-year-old was judged surplus to needs at the Spanish giants after they signed Robert Lewandowski this summer, despite scoring 13 goals in 23 appearances for Barcelona during his half-season at Camp Nou.

Aubameyang comments on his arrival at Chelsea

“I’m really happy. It’s an honour to be part of this team and I can’t wait to start. I have some unfinished business with the Premier League so it’s good to be back and really exciting,”

“Pierre-Emerick is an elite striker with a proven track record in the Premier League and his arrival strengthens our squad, giving us new attacking options.

“We are thrilled to have Pierre-Emerick on board with us in the new era at Chelsea and we’re really looking forward to working with him.”

“We are really pleased to welcome Pierre-Emerick back to London as one of the final and important pieces to be added at Chelsea this summer.”

“He’s a world-class forward and a leader, and we can’t wait to see him in blue this season.”

With four years, Aubameyang played for Arsenal in London, where he amassed 92 goals in 163 appearances, including 68 in 128 Premier League contests. The former Borussia Dortmund player, who shared the Premier League Golden Boot the year before, assisted Arsenal in winning the FA Cup in 2019–20.

Aubameyang might not be able to make his Champions League debut until Tuesday’s match against Dinamo Zagreb because Chelsea’s next game is on Saturday against West Ham United.