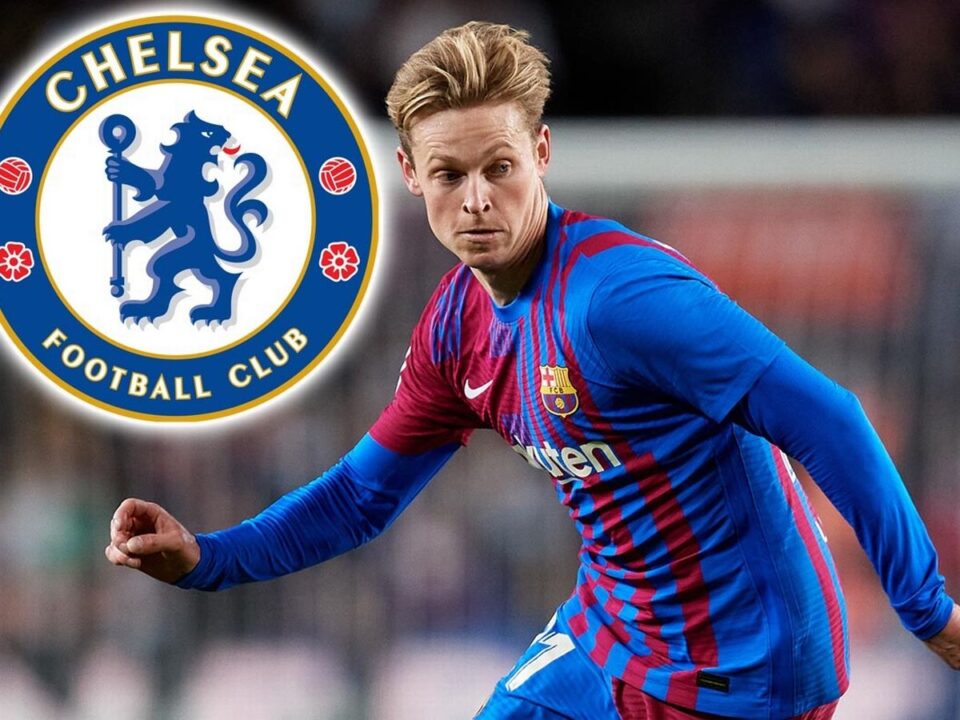 According to reports, Chelsea is getting ready to compete with Manchester United for the services of Barcelona midfielder Frenkie de Jong. United had been seen as the front-runner to sign the Netherlands international for the entirety of the summer.

In recent days, Manchester United have been in news for a major transfer in name of Frenkie de Jong, who is believed to be one of the top targets for Erik ten Hag this summer.

But the Red Devils have been quite slow when it comes to completing the deals in this summer’s transfer window. Thus, it has given opportunity to other clubs to lure in their transfer targets.

The Catalan giants are also open to raising money to improve their well-known financial situation. Erik ten Hag, De Jong’s former Ajax manager, recently moved to Old Trafford and is willing to brng the Dutchman under his guidance once again.

De Jong’s side hasn’t felt much pressure to complete a trade, despite United supposedly agreeing on a price with Barcelona. Due to a decision, he made to assist Barcelona in coping with the effects of the coronavirus outbreak, the 25-year-old is entitled to somewhere in the neighbourhood of £14.5 million in deferred earnings.

In addition, United won’t be playing in the UCL in 2022–2023, and it now seems like Chelsea is prepared to try to take advantage of the scenario by stepping in. Barcelona is expecting a formal offer from Chelsea in the upcoming days, according to Relevo.

How serious are Chelsea for Frenkie de Jong?

Todd Boehly, the owner of the Blues and the team’s temporary sporting director, met with representatives from Barcelona earlier this month at a restaurant in Spain. As Barcelona looks to acquire Cesar Azpilicueta and Marcos Alonso, a lot of players would have been discussed.

And now it’s also probable that De Jong’s potential purchase was on the table as well.

Conor Gallagher has already taken over for Saul Niguez, who has returned to Atletico Madrid, giving Chelsea plenty of choices in the centre of the pitch.

However, possible replacements are being sought after as players like Jorginho and N’Golo Kante approach 30 and have less than a year left on their contracts, respectively.

Thomas Tuchel, the team’s head coach, said in a press conference on Tuesday that he intends to bring in two more players before the beginning of September, at least one of them would be a central defender.

It is still unclear whether Chelsea will match or outbid United’s offer of £72 million, add-ons included, to capture De Jong. This information comes from transfer specialist Fabrizio Romano.

The athlete and his family are reportedly settled in Barcelona, so much will still depend on whether De Jong wants to leave.