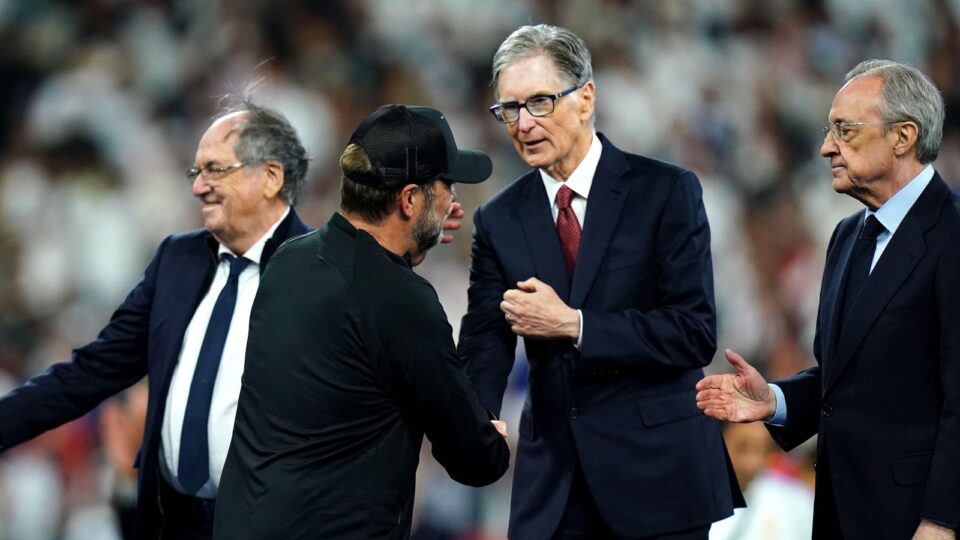 On Monday, it was shockingly revealed that Liverpool FC‘s owners, Fenway Sports Group (FSG), are currently accepting proposals for the club to be sold.

FSG has been in charge of Liverpool since its takeover in 2010, and despite being divisive figures throughout the course of the subsequent 12 years, they have been successful at Anfield. The Reds have won eight titles over that time, including the Premier League and the Champions League, with the latter seeing them advance to two more finals.

Most of that has happened under Jurgen Klopp’s historic leadership, who just signed a new deal that links him to the team through the year 2026. The club is reportedly up for sale, according to The Athletic’s David Ornstein, so it appears FSG may not be the club’s owners by the time Klopp’s contract expires.

“a full sales presentation has been produced for interested parties,”

“Goldman Sachs and Morgan Stanley have been retained to assist with the process.”

Although FSG’s public statement only mentions third-party financing, as has always been the case, the report implies a full sale is feasible. An update from FSG was given to The Athletic.

FSG puts out an statement for sale of Liverpool FC

The FSG statement, which appears to be a response to the reporter, reads:

“There have been a number of recent changes of ownership and rumours of changes in ownership at EPL clubs and inevitably we are asked regularly about Fenway Sports Group’s ownership in Liverpool.”

“FSG has frequently received expressions of interest from third parties seeking to become shareholders in Liverpool.”

“FSG has said before that under the right terms and conditions we would consider new shareholders if it was in the best interests of Liverpool as a club.”

“FSG remains fully committed to the success of Liverpool, both on and off the pitch.”

FSG’s public statement does not explicitly declare if they are or are not selling the club, but in private, they are.

From a business standpoint, there may not be a better time to sell the club, especially given the weak British pound and the tumultuous financial environment at the moment.

With a 61,000-capacity Anfield opening up next summer and a new training centre for the first team, FSG has dramatically enhanced the club’s infrastructure.

The Reds have been valued in a variety of ways, but the most recent estimate from Forbes was close to £3.6 billion.

The failure of UEFA and the Premier League to implement these standards may be one of the reasons FSG, formerly known as New England Sports Ventures when they purchased the club, and major owner John W. Henry are looking to sell.