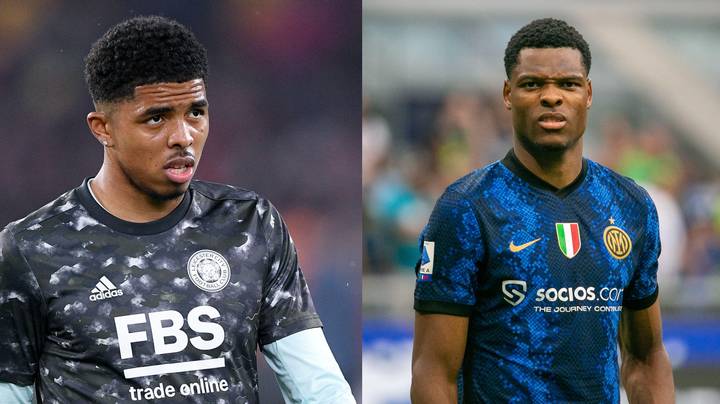 According to reports, Chelsea is planning bids for Inter Milan’s Denzel Dumfries and Wesley Fofana of Leicester City. After losing both Andreas Christensen and Antonio Rudiger this summer, Thomas Tuchel is still eager to strengthen his defence in time for the upcoming PL season.

Chelsea boss Thomas Tuchel is keen to strengthen his backline and thus the Blues are looking to explore defensive options in the current transfer market.

The Blues were unable to persuade Jules Kounde or Matthijs de Ligt to come to Stamford Bridge this summer, but Kalidou Koulibaly has now joined from Napoli. The versatile Kounde had been agreed to by the Blues and Sevilla in a £55 million deal, but Barcelona hijacked the agreement after Tuchel’s team hesitated.

Tuchel is putting more emphasis on adding reinforcements to the backline for the remainder of the window, because the futures of Marcos Alonso and Cesar Azpilicueta are also far from definite.

Chelsea in pursuit of Fofana & Dumfries

The Athletic reports that Chelsea has now focused on Fofana and Dumfries, but it will be difficult to pry the former away from the King Power Stadium.

According to the source, Chelsea is attempting to lower the asking price by putting forth a player-plus-cash proposal, but Leicester will attempt to fend off offers for the France Under-21 international.

Fofana was acquired by Leicester for £31.5 million from Saint-Etienne in 2020, but his progress was hampered by a catastrophic fibula injury he suffered in preseason the previous summer.

The 21-year-old was thus limited to 12 games during the 2021–22 season, but he nevertheless made an impression while playing in England, taking home the FA Cup in 2020–21.

Assuming that Fofana and the Blues have already reached a personal agreement, it might be simpler for them to pry Dumfries from San Siro. The Dutch international, who joined the Nerazzurri from PSV Eindhoven last season, had a productive first season, tallying five goals and seven assists in 45 appearances.

Although Dumfries’s deal with Inter expires in 2025, Simone Inzaghi’s team may be under pressure to sell due to their precarious financial circumstances.

Milan Skriniar, a center-back for Paris Saint-Germain, was the subject of negotiations between the Nerazzurri and the Ligue 1 champions, but inter is reportedly ready to walk away from a trade because of PSG’s financial demands.

If Chelsea is unsuccessful in its pursuit of Fofana and Dumfries, it has reportedly received an offer for Bayern Munich’s Benjamin Pavard to join the capital club.