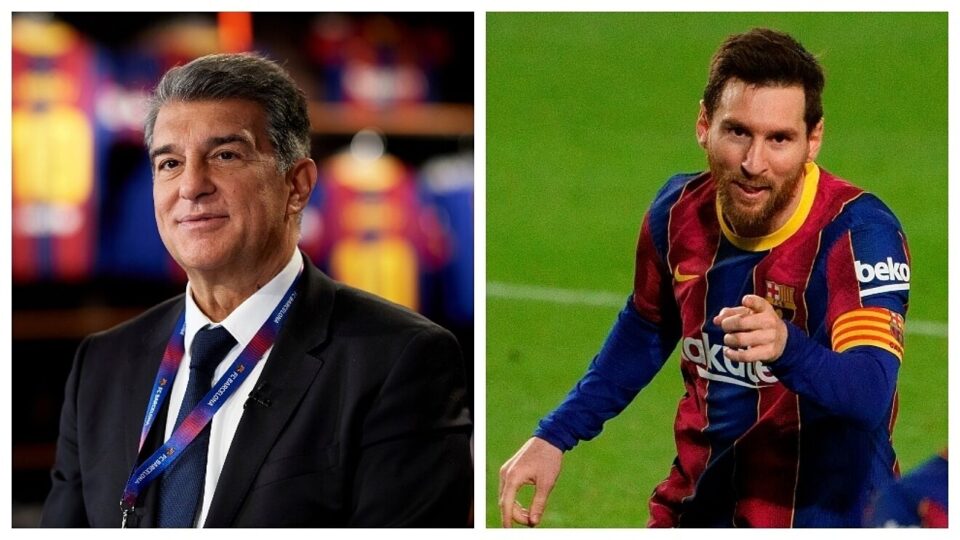 The club would “try their best,” according to Barcelona president Joan Laporta, to lure Lionel Messi back to Camp Nou to complete his playing career.

Due to the team’s financial difficulties, the 34-year-old departed Barcelona on a free transfer last summer and ultimately signed a two-year contract with Paris Saint-Germain.

There is still one year remaining on Messi’s Paris deal, but there are many rumours that the Catalan giants may try to re-sign him for nothing next summer.

Having been forced to depart the club under trying circumstances prior to the 2021–22 season, Laporta recently claimed that the Argentina international’s chapter at the club was not yet over.

Laporta comments on bringing back Messi to Camp Nou

“I don’t believe Messi’s chapter at Barcelona is over,”

“And I believe it is our responsibility to make sure that chapter is still open, that it hasn’t closed.”

“To have a moment to do it how it should have been done so that he may have a much more splendid ending than what he had. If I feel like I owe him one? Yes.”

“Morally, as the president of Barcelona, I think I did what needed to be done. But also as Barcelona’s president, and personally, I believe I owe him one.”

Laporta has since reaffirmed the club’s commitment to doing everything in their power to bring back Camp Nou “the best player in their history” before the conclusion of his playing days.

Prior to his abrupt departure from Barcelona last summer, Messi made 777 appearances for the club and amassed 672 goals and 302 assists. During his illustrious tenure at Camp Nou, Messi won 10 La Liga championships, seven Copa del Rey medals, and four Champions League trophies.

Well time will tell whats written in Messi’s destiny. While Barca fans will love to watch such a fairy tale ending in the so-called GOAT’s career.