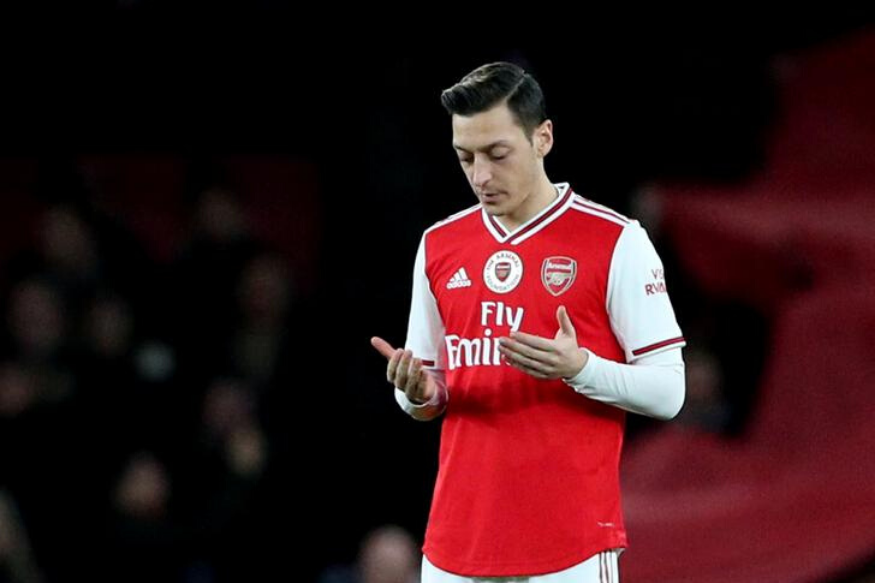 Chinese state owned media ban and deleted all the traces of Arsenal star Mesut Ozil after he had condemned China’s crackdown on Muslim minorities in the western region of Xinjiang through a tweet. After the comments, Chinese media banned Ozil fan pages and his name has been completely removed from Chinese search engine results. Also, state broadcaster CCTV pulled the live programming of Premier League game between Arsenal and Manchester City on Sunday.

Ozil posted: “[In China] Qurans are burned, mosques were closed down, Islamic theological schools, madrasas were banned, religious scholars were killed one by one. “Despite all this, Muslims stay quiet.”

Also, Chinese media warns that Mesut Ozil’s comments on the treatment of its Uighurs will have “serious implications” for Arsenal. The Global Times which has strong ties to the ruling Communist Party of China described Ozil’s comments as “clownish” and also “confused” and “reckless”.

The newspaper commented ” [A] person who is confused, reckless in abusing (his) influence, easily incited and willing to incite others. Ozil’s move has ruined his image among Chinese fans and will have serious implications for Arsenal. Chinese people should see clearly that what Ozil did this time was a ‘clownish performance’. The newspaper also stated Ozil’s comments not only hurt his Chinese fans but also hurt the feelings of the Chinese people.”

Ozil which is of German national of Turkish origin, condemned China’s crackdown on Muslim minorities in the western region of Xinjiang in a tweet on Friday. He also criticised Muslim countries who have not criticsed these alleged abuses. Arsenal has not commented on this development.