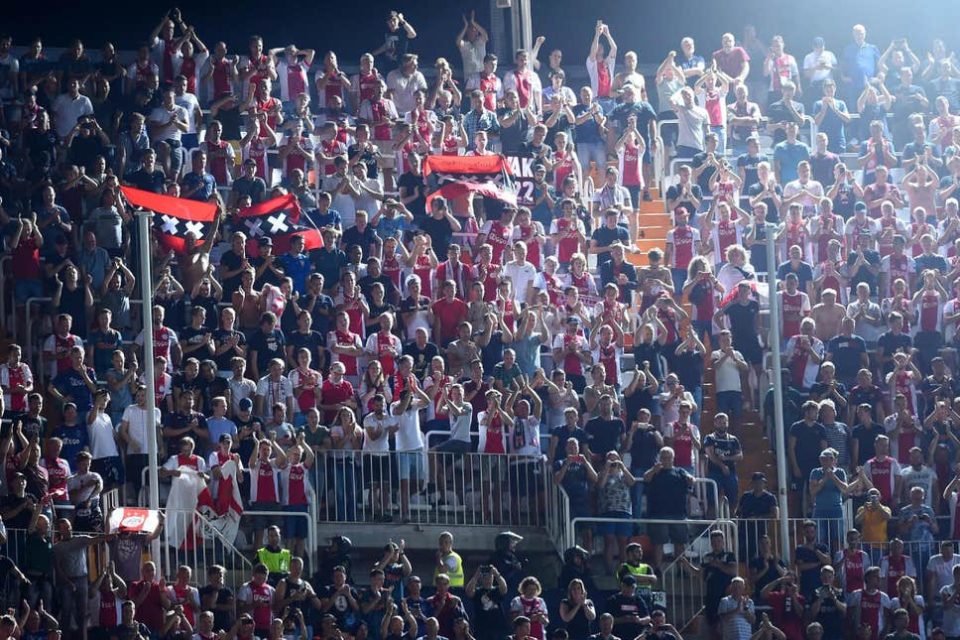 European soccer’s governing body, UEFA has fined Ajax Amsterdam 50,000 euros ($55,615) because of the behavior of their fans during a 3-0 win at Valencia earlier this month. Also, Ajax Amsterdam fans are barred from attending next month’s Champions League game at Chelsea.

The Control, Ethics and Disciplinary Body have allegedly decided to ban Ajax Amsterdam from selling tickets to their fans for its next (1) UEFA competition match, following crowd trouble in their match at Valencia.

Also, UEFA has allegedly banned Eintracht Frankfurt from selling tickets to their supporters for their Europa League trips to Standard Liege on Nov. 7 and Arsenal on Nov. 28.