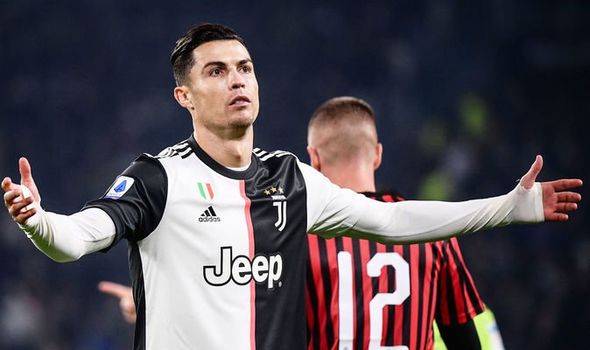 Cristiano Ronaldo has allegedly left the Allianz Stadium before the final whistle of Juventus’s  Serie A with 1-0 win over AC Milan after he was being substituted for the second match in a week.

Ronaldo being substituted for the second game in a row in a week and he just walked straight down the tunnel, seemingly fuming and unhappy at the decision.

Despite producing an uninspiring display, Ronaldo gave Coach Maurizio Sarri a very dirty look, murmured something and just walked straight down the tunnel.

According to reports, Sarri in a statement said, “There is no problem with Cristiano, and I thank him because he has played while not in perfect condition. The important thing is that he makes himself available. He gets angry when he is taken off but that is part of the game. It (his condition) is affecting his performances and he is not at his best at the moment. All players who are trying to give their best will have to be annoyed for at least five minutes when they are substituted.”