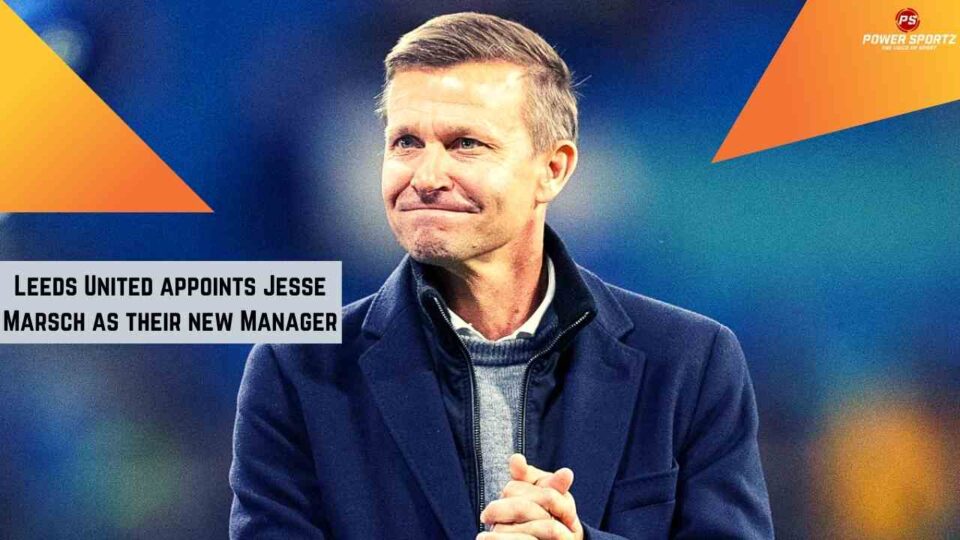 Jesse Marsch has been named as the new head coach of the Premier League club Leeds United. The American arrives as a replacement for the Argentine Marcelo Bielsa, who was sacked on Sunday morning after nearly serving 4 fruitful years to the club.

Marsch has signed a deal that will keep him in command until June 2025, and he will be in charge of Saturday’s Premier League match at Leicester City.

Talking about his new Journey with Leeds, Jesse Marsch said

“One of the things I love about this team right now is their commitment no matter how difficult the games have been, to play to the end, to fight for each other, to never stop, to give everything they have to each other at every moment.”

“We are delighted to welcome Jesse to the club and excited for him to lead us into this new chapter.”

However, the American needs to still wait for his pending international clearance post which he can start taking training sessions with the team.

Who is Jesse Marsch, the new head coach of The Peacocks

For some Leeds fans, Marsch is already starting at a disadvantage simply because he isn’t Bielsa.

The Argentine was adored by Leeds fans and welcomed by a club and city to which he brought not just magnificent, courageous football but also integrity and humility rarely seen in modern football, as well as a unity and purpose rarely seen at Elland Road this century.

Thus, his successor will have to deal not only with Bielsa’s figurative shadow but also with the more concrete manifestations of his influence.

Marsch, who has also coached the New York Red Bulls and Red Bull Salzburg, left the German club after a five-month stint in December last year.

After leaving the New York Red Bulls in 2018, Marsch worked as Ralf Rangnick’s assistant at RB Leipzig before being promoted to RB Salzburg in June 2019.

He had a good debut season in Salzburg, winning the league and cup double.

Before joining Borussia Dortmund in 2019, he was also involved in the development of striker Erling Braut Haaland.

In April of last year, he returned to Leipzig as head coach, succeeding Julian Nagelsmann, who had gone to lead Bayern Munich.

Meanwhile, Leeds United are currently sitting at 16th spot in the Premier League table. After a run of heavy defeats, they now just sit 2 points above the relegation zone. The Peacocks fans will be hoping that the new head coach will be able to pull out some favourable results and keep Leeds in the Premier League.