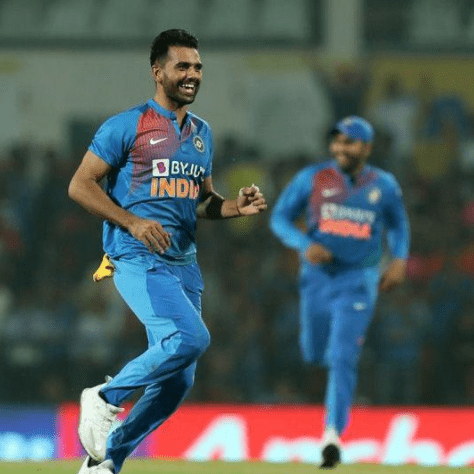 Deepak Lokandersingh Chahar is an Indian cricketer. He is a right hand medium-pace bowler and lower-order batsman. He made his T20I debut for India on 8 July 2018. In January 2018, he was bought by the Chennai Super Kings in the 2018 IPL auction. Here you will find information related to Deepak Chahar bio age, height, weight, wife, net worth, salary and more.