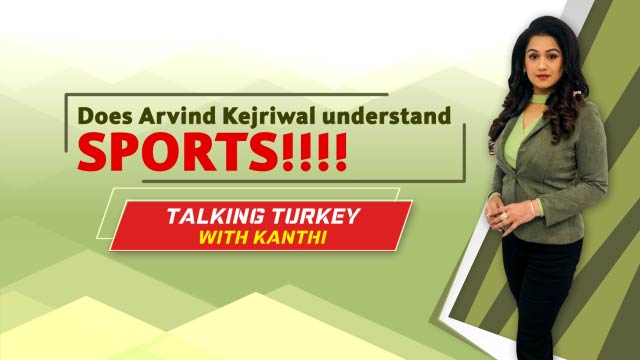 The Chief Minister of Delhi, Mr. Arvind Kejriwal passed the Sports University bill in the cabinet, calling it a landmark decision, which no other government in the last 70 years had managed to pull off. The Sports University, according to Mr. Kejriwal, will assuage the insecurity of the sportspersons that perennially looms over them.

However, will sports degrees from a University suffice for medals at international sporting events or satiate the true calling of an athlete? This was the question asked by Kanthi D Suresh on her weekly sports debate show “Talking Turkey with Kanthi” on Power Sportz.

It is true that Kejriwal with all his noble intentions did make some notable decisions towards the upliftment of sports in Delhi including the sanctioning of a 140 crore state-of-art multi-sports facility in Najafgarh. “But, does Kejriwal understand sports?” asked Kanthi on the show.

The expert panel headed by Kanthi D Suresh, the Editor-in-chief of Power Sportz, tried to deduce whether the tall claims made by AAP ministers of securing medals at the Olympics hold any ground. Several interesting facts came out during the discussion, which also saw the participation of AAP spokesperson, eminent journalist and sports expert. To know more about the findings log on to Power Sportz and watch the full episode here.