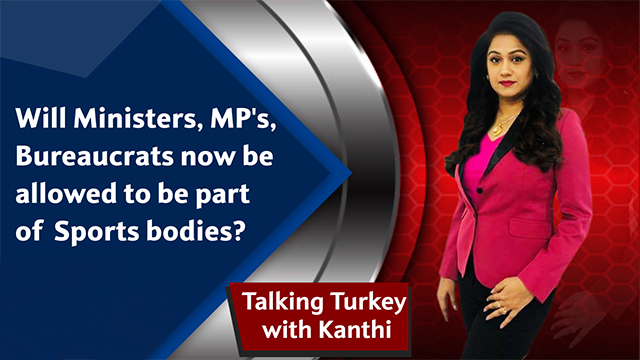 The new sports code is the most debated and wrangling issue in Indian sports at the moment. Duly signed by all, it is still lying in the draft format since 2017, far from being implemented.

According to the flagship debate show “Talking Turkey with Kanthi” on Power Sportz, it is unlikely that the new sports code would be implemented before the 2020 Tokyo Olympics.

“Nobody wants the new sports code to be implemented,” said Kanthi D. Suresh, show-host and the Editor-in-chief of Power Sportz. The new sports code contains many such clauses which might come in the way the NSFs like to thrive—in ambiguity and lack of transparency—she said on the show.

Indian cricket, the behemoth, would be the most difficult to rein in. Although the Sports Minister Mr. Kiren Rijiju said that BCCI would come under the new sports code. If that happens, it will be a watershed moment in Indian sports.

Age-cap for all members of the new sports code is a big problem for all federations. Moreover, the NSFs have too many heads running the show, remarked Kanthi. And this is troubling those at the helm.

Whether it is the Indian Olympic Association, the BCCI or the various NSFs, everyone is going to offer stiff resistance to the new sports code. What all is there that is troubling everyone in sports federations? To know more, log on to Power Sportz and watch the full episode here.