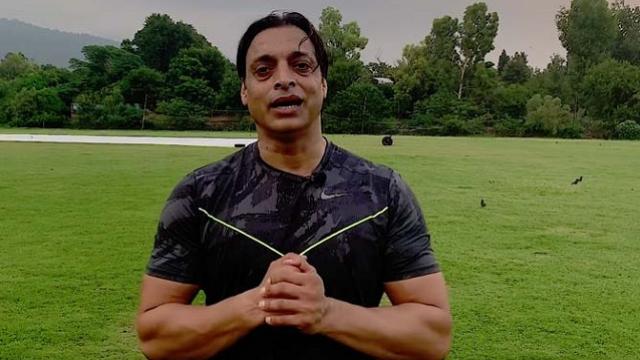 Former Pakistani cricketer Shoaib Akhtar said that, the Pakistani team should not play in fear. Our team has always played fearless and aggressive. Shoaib said this on his YouTube channel, on Sunday. He said that the atmosphere of the dressing room of the Indian team is very different. His team accepts everything from captain Virat Kohli. Pakistani captain should be to get better than Kohli.

Akhtar said, “I have always seen the growth of Indian team. Pakistan’s game has always been aggressive. We never played with fear. We should adopt this strategy now. Misbah-ul-Haq (Pakistani coach) and Azhar Ali (captain of Pakistan ODI team) should work to improve their team. We should make our strategy better than Virat Kohli.”

He said, “Virat Kohli is concerned about fitness. His team learns a lot by watching Kohli. If the captain is fit and always in form, then the team players follow him. I believe that when Imran Khan was the captain of the Pakistan team, the same practice was there in our team. At that time, the entire Pakistan team also used to follow Imran.”

Akhtar said, “We should learn from Imran’s captaincy. During his time the Pakistani team was not afraid of anyone. Imran was the match-winning captain. “He said,” Our players should get used to playing in every situation. In Pakistan, youth and talent need to be polished, especially in batting. You should not be worried about the age of the players. “

Pakistan’s Shaan Masood, Abid Ali, Azhar Ali and Babar Azam scored centuries in the second innings of the second Test against Sri Lanka, in Karachi. This is the second time in the history of Test cricket when the first four batsmen of a team scored a century in a single innings. The last time India’s initial four batsmen did so was against Bangladesh, in 2007. Then Dinesh Karthik (129), Wasim Jaffer (138), Rahul Dravid (129) and Sachin Tendulkar (122) had scored centuries.