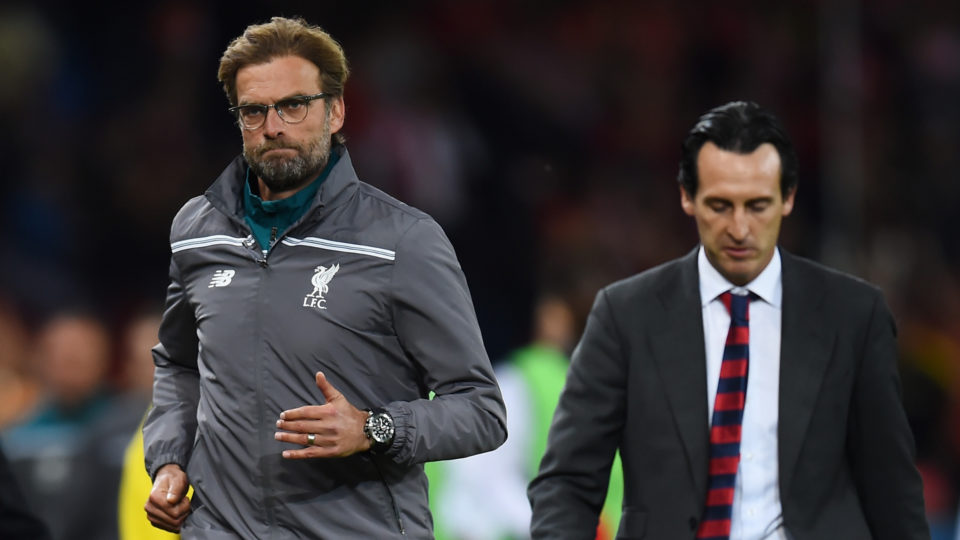 After managing to win their opening two Premier League matches this season, Arsenal are set to face Liverpool away from home. The Reds thrashed Liverpool 5-1 last time around at Anfield in the Premier League.

However, now, Unai Emery can look forward to at least have a draw against the 18-time English top-flight winners for setting a good base before facing Spurs in the North London derby.

Arsenal fans are waiting to see Pepe, Lacazette, and Aubameyang starting together from the very first minute – and against the Reds, this dream front three can hurt Klopp’s aspirations to remain unbeaten at home this time around too. Adrian is a good keeper but can’t match the qualities of Allison. Liverpool are facing problems in defense because they remained quiet in the summer transfer market to give a world-class partner to Van Dijk. The 13-time FA Cup winners are playing two center-backs – and it is working fine for them as of now.

With the future arrivals of Tierney and Ballarin in full-backs positions, the Gunners can only make their defense solid. But maybe playing back three can give Old Luiz an extra amount of comfort