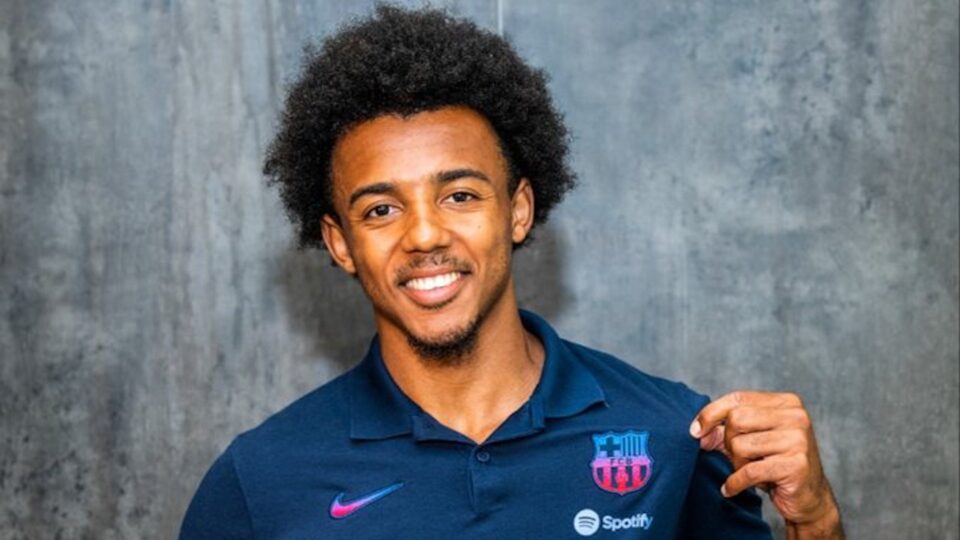 Jules Kounde, a centre defender from France, has been agreed upon by Barcelona and Sevilla for a rumoured transfer cost of 50 million euros (£41.85 million).

Kounde transfer saga is finally over after many teams battling out for his signatures. The Frenchman was having admirers in the Premier League as well as La Liga but in the end the clash was won by the Spanish giants.

The agreement, according to Barca, is contingent on the 23-year-old passing a medical exam.

Since his debut in 2021, Kounde has earned 11 France caps. Kounde was reportedly linked to a transfer to Chelsea.

The defender joined Sevilla in 2019 from Bordeaux and has since made 133 appearances, winning the Europa League in his debut campaign.

He also started in the Nations League championship game between France and Spain, which France won 2-1.

Following the arrivals of Brazil winger Raphinha from Leeds in a £55 million deal and Poland striker Robert Lewandowski from Bayern Munich for £42.6 million, Kounde will soon be at the Nou Camp.

Franck Kessie of the Ivory Coast and Andreas Christensen of Denmark, both free agents from Chelsea and AC Milan, have also joined boss Xavi’s team, along with France’s Ousmane Dembele, who has extended his contract.

Have Barcelona strengthen their backline after the inclusion of Jules Kounde?

He follows Christensen, who joined Barcelona this summer on a free transfer from Chelsea, as the club’s second center-back addition. At the back, Xavi has choices such Ronald Araujo, Gerard Pique, and Eric Garcia; Kounde and Araujo can also play right back.

Barca increased its budget after selling the investment company Sixth Street 25% of their domestic broadcast rights for the following 25 years for almost €530 million. The Catalan club receives about €160 million a year in value from the rights.

However, in order to register all of their new additions, as well as the new contracts signed by Sergi Roberto and Ousmane Dembele, Barca still needs to offload some players. Their LaLiga spending cap was -€144m at the end of last season, the only negative cap in the league.

In order to provide Neto, Oscar Mingueza, Samuel Umtiti, Riqui Puig, and Martin Braithwaite the opportunity to find new clubs, they were all left off of Barcelona’s tour of the United States. Barca is also open to offers for other first-team players.