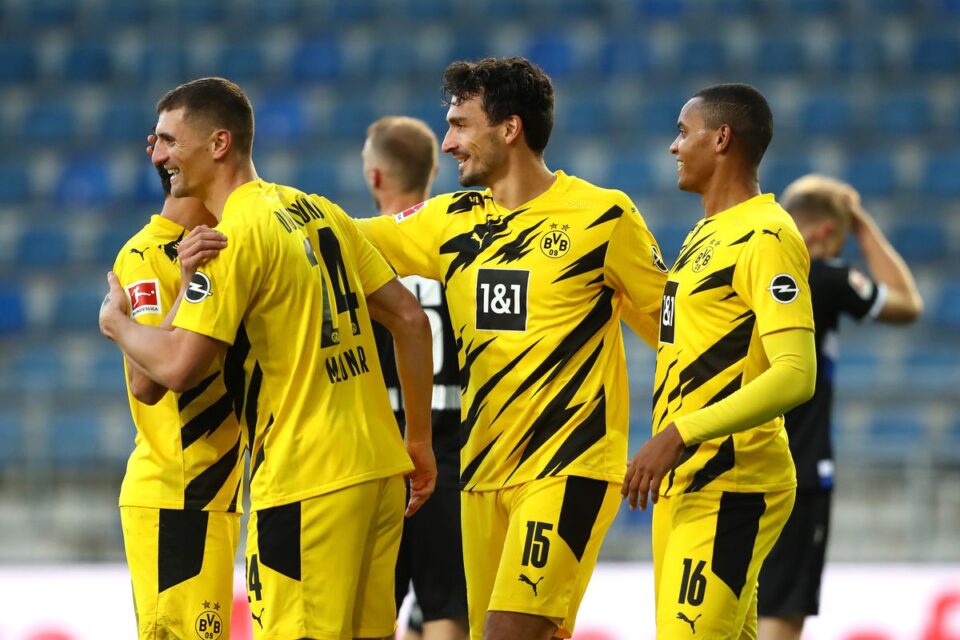 Monchengladbach had a great start with mistakes from the opposition, but failed to capitalize.

Marcus Thuram squandered Jonas Hofmann’s square pass in the box with just two minutes gone on Tuesday.  Just after seven minutes Dortmund reaped their first clear-cut chance, but Marco Reus’s volley missed the target at the other end of the pitch.

The game was poised as both teams played within themselves and there weren’t many goal scoring opportunities in the first half.

Thuram assumed he had hit the jackpot by opening the scoring for the Foals, but his goal was declared as offside in the dying seconds of the first half.

As the game resumed, it picked up pace as Dortmund had a goal from Erling Haaland disallowed due to a foul in the buildup in the 53rd minute before Dortmund goalkeeper Marwin Hitz had to tip Ramy Bensebaini’s hammer around the post six minutes later.

Interestingly, the opening goal was scored at the other end of the pitch as Dortmund counter-attacked a corner from Monchengladbach before Jadon Sancho finished off with great assistance from the right post in the 66th minute.

Monchengladbach were stunned while Dortmund weren’t able to capitalize most of their chances. Neither Haaland nor Hummels could seal the deal before time.

As the game progressed, Monchengladbach stepped up the efforts but Denis Zakaria’s long-range effort lacked accuracy while Stefan Lainer fired his shot too wide in the closing stages.

Dortmund had to see off the match with 10-men as Mahmoud Dahoud was sent off the field for his second bookable offense. Nevertheless, their defence protected the narrow lead to the end to book a spot in the German Cup semi-finals for the first time in four years.

Dortmund Head coach Edin Terzic had this to say: “We played very well in the second half. Monchengladbach was better in the first half though. It is overall a deserved win for us.”

“I think we played a powerful first half and prevented Dortmund from gaining a foothold into the clash. Dortmund benefitted from one mistake and won the game,” Monchengladbach head coach Marco Rose said.