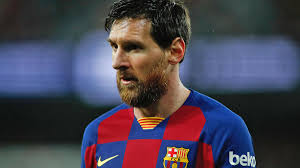 While the Argentina star wants to leave Camp Nou this season, the process isn’t going to be smooth according to the Spanish football governing body.

The catch is, Messi will have to pay Barcelona €700 million (£624m/$823m) to get a relieving consent. It can also happen if another club negotiates a lower transfer fee with the Camp Nou club, La Liga confirmed on Sunday.

Messi had already communicated his decision to the club management last week, which triggered the clause into discussion.

Messi, who spent his whole career in Barcelona is set to leave the club for Manchester City. His ex-coach Pep Guardiola is thought to be one of the reasons why the footballer is looking out. There is a potential reunion waiting among the duo.

In the race are PSG, Juve, and Man Utd for the six-time Ballon d’Or winner until La Liga has announced its stance on the status quo.

“With regard to the different interpretations (some of which are contradictory) relating to the current contractual situation of FC Barcelona footballer Lionel Andres Messi that have been published across various media outlets in recent days, having analyzed the player’s contract with the club, La Liga would like to clarify that the contract is currently valid and contains a release clause which is applicable should Lionel Messi decide to trigger the early unilateral termination of the contract, in accordance with article 16 of Royal Decree 1006/1985 of 26 June, which regulates the special employment status that professional sportspeople have,” read a statement from La Liga. Some believe that Lionel Messi might still wear the Barça number 10 shirt in the coming season, but it is looking very unlikely given everything that has been going on.