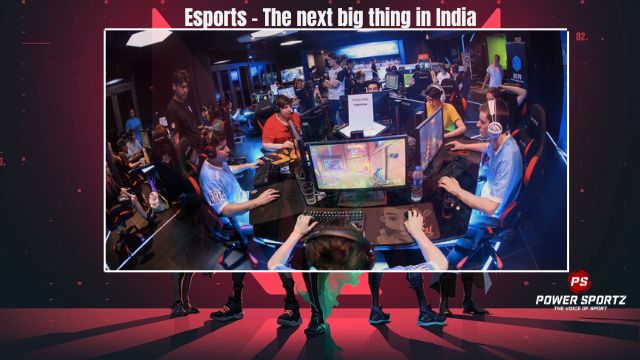 The only constant thing in this World is change. We have moved on from living in deserts to residing in homes and playing in the sand to entertaining ourselves digitally. The World first swiftly shifted from outdoor sports to indoor gaming and now the generation has welcomed Esports, which is often used interchangeably for gaming.

Perhaps the most thrilling year for esports and gaming fans worldwide has been 2022. The first-ever Commonwealth Esports Championship was held in the world as esports gained popularity.

The Indian DOTA 2 team won the bronze medal to honour India’s outstanding performance. We are currently preparing for the Asian Games, which will host Esports as a recognised medal event, to maintain this momentum. Up until a few years ago, this was impossible.

Even though the terms “Gaming” and “Esports” are frequently used interchangeably, there are several key distinctions between the two.

Playing video games is referred to as gaming. This includes playing Counter-Strike on your PC, God of War on your Play Station, or Candy Crush on your smartphone. Online card games like Rummy and Poker fall under the gaming category rather than the Esports one. This kind of gaming is primarily for leisure and can be as competitive as you like.

Esports, on the other hand, are online games that are played competitively in the form of leagues and tournaments. Some of these are online or virtual variations of popular sports like football, cricket, etc.

Esports & India – What the Stats say

Esports have, to put it mildly, had a significant impact on India’s youth during the past ten years. In India, 11% of people spend between 7 and 14 hours a week playing mobile games, while 19% spend between 1 and 7 hours. The largest mobile gaming market in terms of app downloads is now India.

At the late 2000s, competitive gaming was only allowed to be played in tournaments, fests, competitions, and local events. Today, it is a Rs 250 crore sector with more than 600,000 participants and 100,000 teams. The Asian Games 2022 has marked India’s second appearance in a variety of Esports competitions, following its participation in the Commonwealth Esports Championships.

Why Esports is important for India

The number of people watching Esports worldwide has significantly increased over the previous several years, with more than 500 million fans in 152 different countries. According to the most recent data from YouGov Worldwide Profiles, 25% of global consumers play video games on their smartphones for at least 7 hours per week. The top video game streaming services in India are YouTube, Facebook Gaming, Loco, and Rooter.

Streamers have made a lot of money by monetizing their content. Additionally, the growth of Esports in India would increase job prospects for people in fields like Esports marketing, coaching, content creation, Esports journalism, game design, etc.

Streaming is a fantastic commercial prospect. Additionally, there is a lot of room for revenue expansion. Many Indian multiplexes, such INOX Leisure and PVR, brought the action of Esports to their theatres, which was another development for the Indian Esports business. Celebrities like rappers, athletes, actors, and other well-known people use Esports as a strategy to boost their audience engagement and their income through various sources of revenue production.

Thus, Esports is one of the paths which might lead to new career opportunities. People won’t be running behind the same old government jobs, which is a race to win for 1 in 300. Esports will give new career prospects to people who enjoy sports and want to earn from it. When one day you ask a child what he wants to become the answer won’t just be limited to Engineer, Doctor, or want to pursue MBA or opt for a Govt Job. Thus, Esports is a revolutionary concept and is becoming the next big thing not just in India but around the Globe.

The Government of India recently  gave Esports a major boost by integrating it with mainline sports disciplines in the country. This marks the next big step in supporting the development and integration of virtual sports with the Olympic movement and engaging further with competitive gamers.. The International Olympic Association (IOC) too is going big on popularising e-Sport with Singapore being confirmed to host the inaugural Olympic Esports Week in June this year.

But what is going to determine the fate of Esports in India, is how quick the Ministry of Sports along with the Indian Olympic Association, will be, to streamline the sport by closely associating with the ESFI (Esports federation of India) and building a comprehensive plan & strategy to ensure the sport percolates down to benefit the players and grow them into International stars, and at the same time generate employment opportunities to the youth of the country.