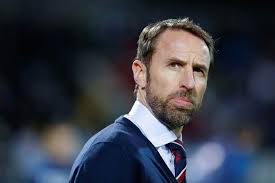 England manager Gareth Southgate said that players are under undue pressure due to over call-ups by clubs. He admits doing his best to appease club bosses but it is impossible to keep them all happy.

Players are constantly under pressure while attending their international duties for their countries. The pressure from their clubs has a sway on their psyche while playing.

“The players want to play for England. They are in a really difficult situation. They are under huge pressure from their clubs. That is going on in the background, for sure. It manifests itself in different ways but that is what happens,” Gareth said.

“In terms of the managers there’s a power game the whole time – whether that is phone calls, messages, press conferences, we know everything that goes on. Everybody is inevitably going to fight their own corner.”

It’s been four years that Gareth started to think about this. “’I’d better be careful of that, and careful of that’ and then what can you do? If you start going down that route we have to pick one from every club and it’s impossible.”

“So I’ve got to do what’s right and it’s correct that we have managed those with a heavy schedule through Europe in the friendlies, in particular, and with the training.”

Gareth Southgate feels that England’s overall performance in Sunday’s 2-0 defeat to Belgium was as good as the team has ever played against top opposition.

While talking about Jack Grealish, who plays for Aston Villa, Southgate says he can handle pressure after an impressive show for England against Ireland and Belgium.