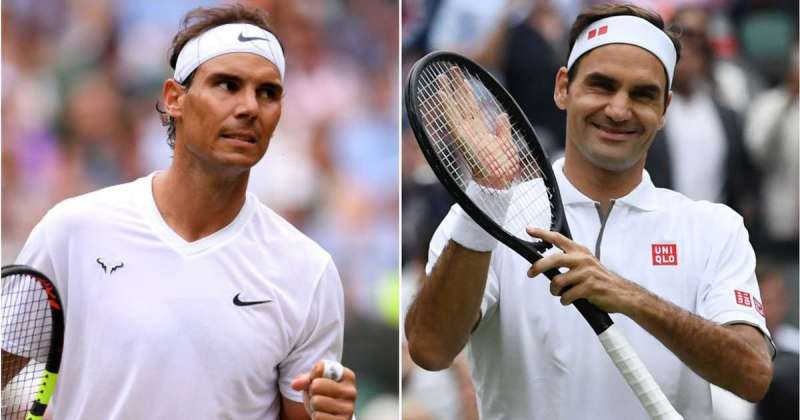 The two tennis titans haven’t clashed at Wimbledon since Nadal denied Federer 9-7 in the deciding set of their epic 2008 final to claim the first of his two crowns on London’s famous grass court. That was the last time they played on grass too!

Now once again Roger Federer and Rafael Nadal are preparing for a mouth-watering sequel to their “Strokes of Genius” showdown.

Eight-times champion Federer sealed his place in the semis for a 13th time with a historic 100th win at the All England Club, and Nadal confirmed the 40th instalment of their compelling rivalry.

Federer looked slightly confused when asked what would be most challenging about facing his old for this time around.