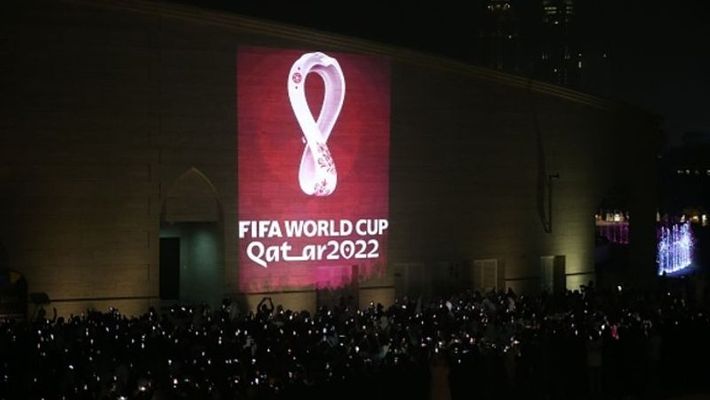 FIFA and the Qatari organizing committee has released the official emblem for the 2022 World Cup, which is scheduled to be held in Qatar.

The emblem was released on Tuesday, dot at 8.22 p.m. in Doha, a 3D projection of the logo flashed on giant screens and the surfaces of prominent buildings in Qatar and in Arab nations stretching from Kuwait to Morocco.

According to reports, the shape of the logo of the 2022 Qatar World Cup resembles the World Cup trophy. ,

In a statement, soccer’s world governing body said, “The swooping curves of the emblem represent the undulations of desert dunes and the unbroken loop depicts both the number eight – a reminder of the eight astonishing stadiums that will host matches – and the infinity symbol, reflecting the interconnected nature of the event.”

Further he said, “The new typeface created to accompany the emblem re-imagines traditional Arabic calligraphy in a new, contemporary font, taking inspiration from the region and Asia, and fusing tradition with modernity.”