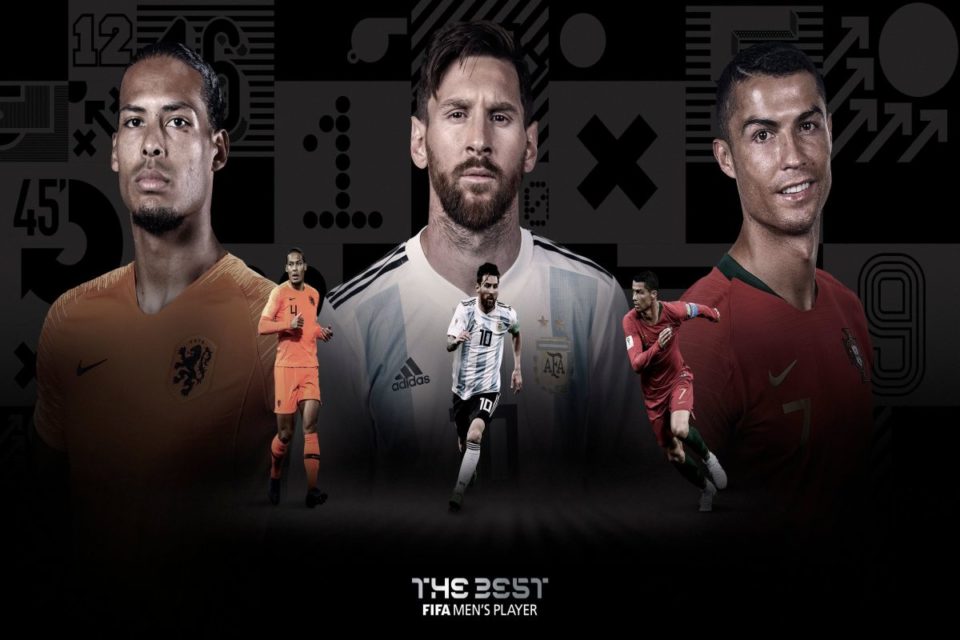 Besides Cristiano Ronaldo and Lionel Messi, and the third finalist for the FIFA best player award is the Netherlands defender Virgil van Dijk. United States forward Megan Rapinoe is the one for the women’s award.

However, Luka Modric, who won the award last year, could not make the 10-man shortlist this time. The announcement for the final three in each category that includes the best coach and the best goalkeeper was made at San Siro on Monday. However, the winners will be announced on September 23, at a ceremony at Milan’s iconic Scala Theater.

The three finalists for the men’s coach award are: Liverpool’s Jürgen Klopp, Tottenham’s Mauricio Pochettino, and Manchester City’s Pep Guardiola. United States coach Jill Ellis was nominated for the award for the best coach in women’s soccer. Ellis is joined by the Netherlands’ Sarina Wiegman and England’s Phil Neville.