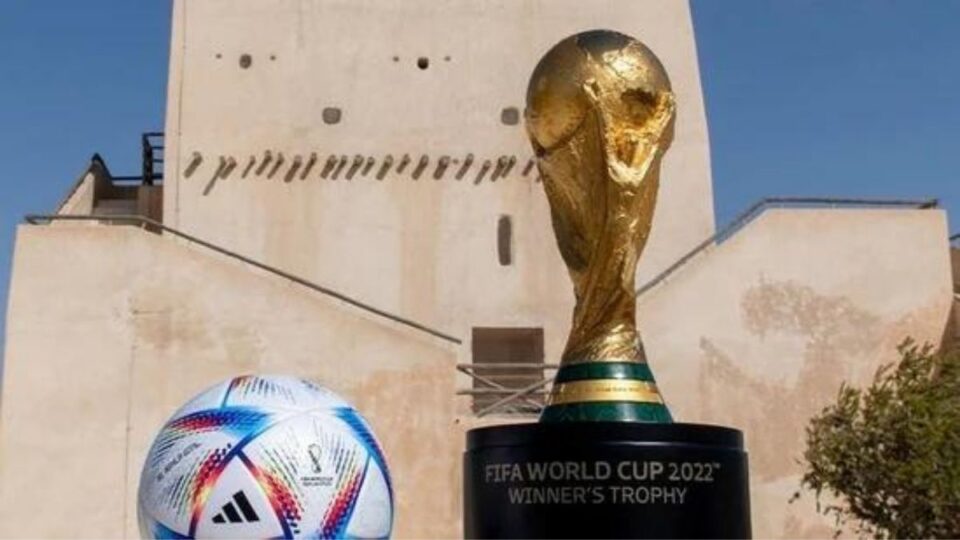 So, finally the wait is over and the world cup is going to start in less than 8 months now. The feeling of watching football World cups is incredible. The 2022 World Cup is on its way and it will defiantly produce some exciting clashes.

This year is the world cup being held in Qatar. Yesterday on 1st April FIFA world cup draws took place in Doha which is the capital of Qatar and was attended by 2000 guests including former world cup winners Cafu and Lothar Matthaeus along with the draw assistants.

There are 8 groups and every group has 4 teams which were selected randomly by shuffling to make it fair for every team participating in the tournament. The tournament will be kicked off on November 21st when the hosts Qatar will take on Ecuador.

Former world cup winners Germany and Spain will clash early in the tournament after being placed in the same group which will be very thrilling for the viewers to watch.

The 2 time world cup winner France are also in the top contenders list and are looking forward to defending the title. Sadio Mane’s Senegal will also compete after winning their first Africa Cup of Nations. Lionel Messi’s Argentina will be on the top contender list and will be motivated to win the cup after their 15th Copa America win. England could also have a local derby to look forward to if Wales or Scotland qualify.

Belgium were recently No. 1 in the top-ranked National team in the world and came 3rd in 2018 FIFA world cup and will also be among the top contenders list with players like Kevin Debruyne and Thibaut Courtois.

Brazil, having world-class players like Neymar Jr and Marquinhos will again face Serbia and Switzerland in this year’s FIFA world cup as well.

The FIFA World Cup has over 1 billion viewers and is loved by everyone and it creates unity amongst the people. The most interesting fact about this World Cup is that it will be the first winter World Cup in the Northern Hemisphere.

Originally, the world cup usually takes place in summers in the Southern Hemisphere as this is the time when the region experiences winter conditions. Also, Qatar is spending over 200 billion dollars on stadiums, highways, hotels etc making it one of the most expensive World cups in the history of the game.