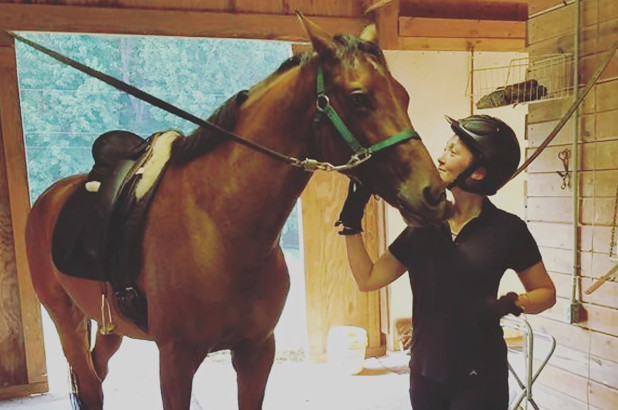 A former US Olympian shot an award-winning horse rider on the grounds of his ritzy, New Jersey property – just few days after she posted online that she was told to “sleep with one eye open”.

According to officials, member of the 2008 Beijing Summer Games squad, Michael Barisone reportedly shot twice in the chest of the rider Lauren Kanarek at Hawthorne Farm in bucolic Morris County.

Barisone allegedly told police “I had a good life” as he was arrested.

According to the complaint filed in Washington Municipal Court, Kanarek called 911 despite being shot twice by Barisone, and said “Michael Barisone shot me” and “I’ve been shot twice”.

Barisone attacked the 38-years old just days after she posted on Facebook that she had reason to fear for her safety.

In a very recent facebook post, Kanarek expressed a sense of danger and wrote, “A certain known drunk has literally just informed me ‘sleep with one eye open.”

However, none of her posts mentions about Barisone, by name.