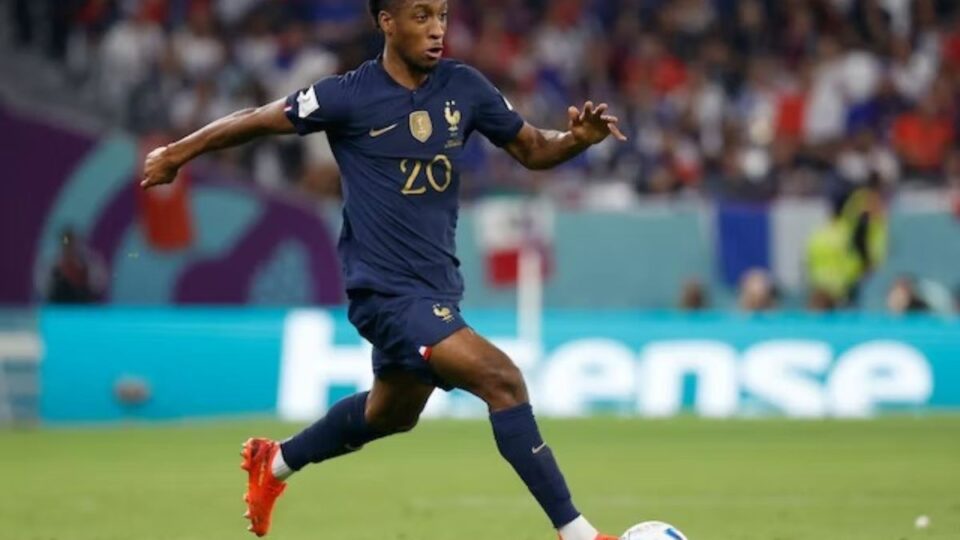 Kingsley Coman, an attacking midfielder for France, has become the third member of the Bleus to become ill as they get ready to play Argentina in the World Cup 2022 championship game on Sunday.

The defending champions defeated Morocco 2-0 on Wednesday to get to the championship match, although Didier Deschamps was forced to make two substitutions that evening. Due to their similar cold-like symptoms, which were purportedly brought on by Qatar’s continual air conditioning,

Adrien Rabiot and Dayot Upamecano were both unable to participate in midweek games. Deschamps selected Youssouf Fofana and Ibrahima Konate for the starting lineup after seeing his team score through Theo Hernandez and Randal Kolo Muani either side of halftime.

Coman is reportedly now displaying flu-like symptoms, according to L’Equipe. France still have three days to recover before facing South American champions Argentina in a game for international honours. According to the report, the Bayern Munich forward was ill before the semifinal victory against Morocco and was unable to eat lunch with his teammates on Thursday.

Coman was not used as a replacement against the Atlas Lions and is now a question mark for the World Cup’s final game, even if he was not expected to start. The attacker has played for Les Bleus five times in Qatar, although four of those outings have been as a substitute, with his lone start coming in France’s decisive Group D loss to Tunisia.

On a more positive note, it is believed that Rabiot and Upamecano are making good progress in their recovery from their illnesses, and both guys should be able to participate in practise on Thursday night.

Fofana will likely be replaced by Rabiot and Aurelien Tchouameni for the World Cup final after the latter overcame a calf injury in time to enter the starting lineup on Wednesday.

However, Konate excelled in Upamecano’s absence last midweek, so the Bayern Munich defender is having to fight harder to reclaim his spot in the starting lineup.

Olivier Giroud, Kylian Mbappe, and Antoine Griezmann all had bruises in that match, and Theo Hernandez will require further evaluation after receiving several knocks to the knee.

There is currently no indication that the four won’t be in attendance for the championship match, and France is also permitted to recall Karim Benzema, who departed the team’s camp before the first matchday due to a thigh ailment.

Les Bleus did not call up a replacement at the time of the Ballon d’Or winner’s injury, so they might welcome him back for Sunday’s match. The winner of the award has since returned to Real Madrid’s training sessions.