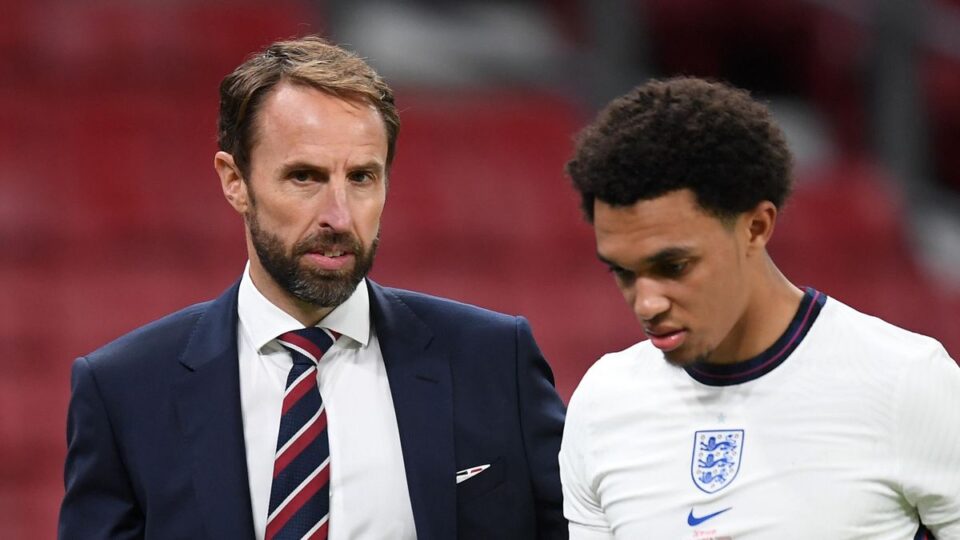 Gareth Southgate, the manager of England, has explained why he left Trent Alexander-Arnold out of the team for the 1-0 loss to Italy.

Alexander-Arnold was not included in the matchday squad for Friday’s match against Italy despite being called up for the current international season. Kieran Trippier was one of the substitutes for the defeat, which secured England’s relegation from League A of the UEFA Nations League.

Instead, Southgate chose to start Kyle Walker and Reece James.

Alexander-exclusion Arnold’s from Friday’s team was discussed by Southgate in his remarks prior to Monday’s Nations League match with Germany.

“I don’t see risks. You can have a style of play and a way of playing, and a balance to the team, that… at Liverpool they find a way of playing that brings the best out of his attributes and that’s what we’re all trying to do with every team.”

“You’re trying to build a team that accentuates the positives, and within the group protects yourselves against how the opponents might come from you.”

“He does have a fantastic range of passing, we’re blessed with different profiles of player in that position.”

“If we play with wing-backs, Trippier and Reece James are also exceptional with the ball, in different ways, and we’re always having to look at the full package with everything.”

“If you assess the players on all of their attributes, they’ve all been to Champions League finals, some of them have been to latter stages of major tournaments with us, Trent’s won the league, Trippier’s won the Spanish league, Walker’s won the English league.”

“There are so many good attributes about them, it’s a really difficult position to make decisions on but we have to go with the ones we believe, and ultimately I’ll be judged on the outcome, as we know.”

Before the World Cup roster is revealed, Alexander-Arnold will be hoping to play against Germany in an effort to impress Southgate.