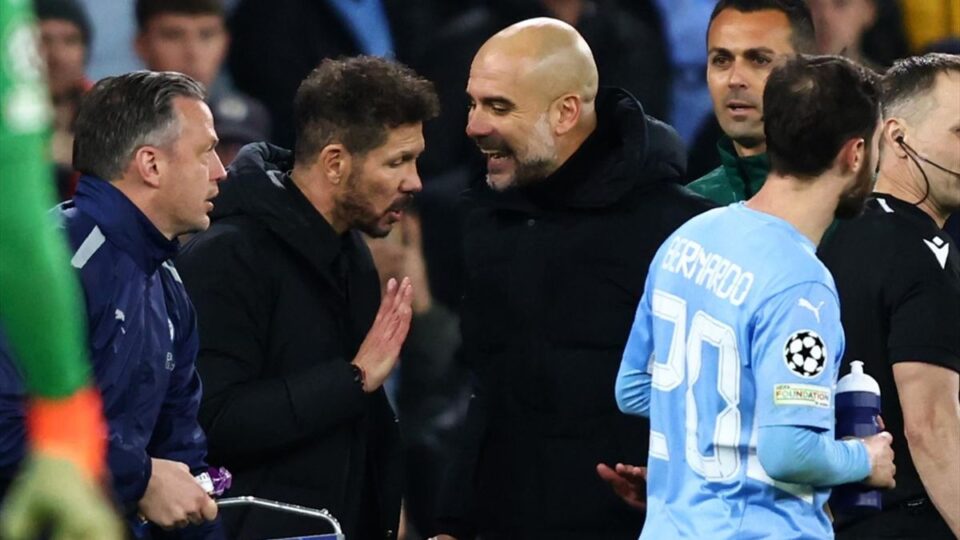 The slight margin might hurt Citizens in the second Leg as Atletico can turn things around at their home turf. With this, both the Premier League sides registered a win in their respective matches to kick-start the UEFA Champions League 2021/22 quarter-finals.

Manchester City dominated from the start, with Atletico Madrid establishing a base within their own half. Meanwhile, Atletico were relying only on sporadic counter-attacks to relieve the pressure.

Balls came into Atletico’s box at frequent intervals but Jan Oblak passed the first half test successfully. The Citizens probed and pressed, but Antoine Griezmann almost dashed away as a warning.

De Bruyne’s low free-kick to Oblak’s left provided the game’s finest chance in the first hour. In a tense match at the Etihad, Diego Simeone’s side held out for 70 minutes. However, Pep Guardiola’s side broke through with Phil Foden’s entrance and Kevin’s world-class finish.

With this, City are now unbeaten across their last 19 fixtures at home in the UEFA Champions League. The Premier League leaders halted the La Liga side’s six-game winning run in all competitions.

Man City have kept a clean sheet in 3 successive knockouts stage matches in the UCL for the very first time in their history.

A post-match session was conducted by Marca after the Man City Atletico match and Pep admired the Spanish defending. The Man City boss said

“It was a very close match, very difficult,”

“They’re masters of defending as a team and it’s difficult. We managed to stop them from running and didn’t concede chances. We had patience and scored the goal thanks to the connection between [Phil] Foden and Kevin.”

“We sensed that they would play 5-3-2 but then they adjusted and became a 5-5-0. In pre-history, today and in a hundred thousand years, it’s difficult to attack a 5-5-0, there’s no space.

“A good performance against an extraordinary team that manages to unite lots of world-class footballers into a superb unit. We wanted to defend well, squeeze spaces and hit them on the counterattack.”

“I must admit we thought Foden would start. I’d also confess that it’s enjoyable to see how City play. The patience they have. But we were both seeking the same thing, winning.”

Now, Manchester City will be looking forward to the clash of the titans and which will be for the Premier League title as the Sky Blues will go eleven on eleven with Liverpool on April 10.