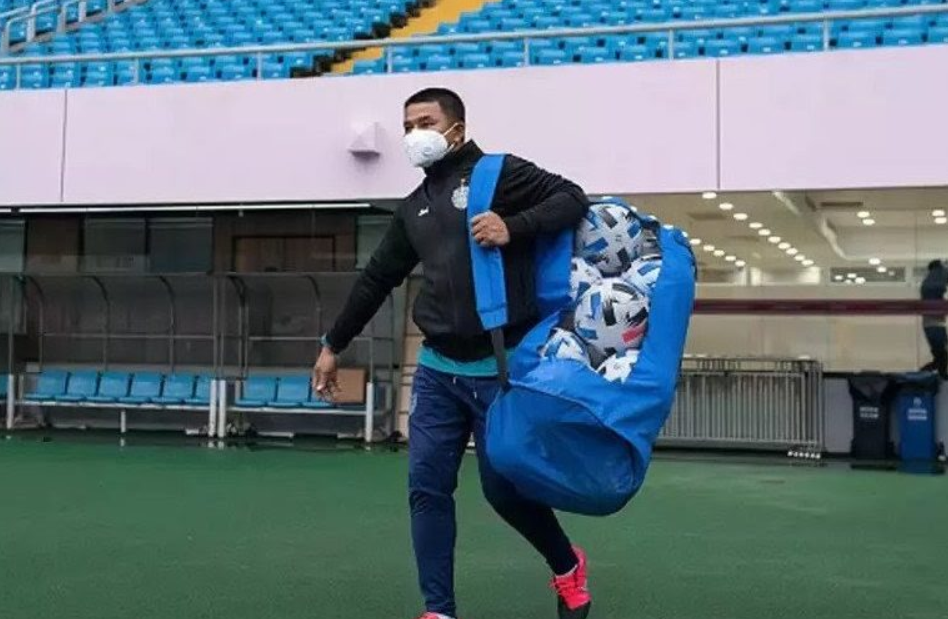 The sport reacts to the coronavirus with the postponement of two days of the League and City-Madrid, and with suspensions in tennis, the NBA and Formula 1

Except for the lukewarm UEFA, world sport reacted this Thursday in consequence of the coronavirus pandemic. LaLiga and the Spanish Football Federation (FEF) agreed to suspend at least the next two days of First and Second . A decision that was rushed upon learning that Real Madrid had isolated its football and basketball teams , as well as Valdebebas’ staff, after learning of the positive from Trey Thompkins , a player from Pablo Laso’s team. Juventus is also in quarantine, after the contagion of its player Daniele Rugani , a circumstance that caught Cristiano Ronaldo in Madeira, where he visited his sick mother.

Real Madrid – in Manchester, against City – and Juve – in Turin, against Lyon – play their second leg of the round of 16 of the European Cup next Tuesday. Real Madrid sources were exhaustive: “We will not travel to Manchester.” The City, through its official channels, considered the game suspended. In fact, English media did not rule out this Thursday that the Premier was interrupted from this weekend, thus following in the footsteps of what happened in Italy and Spain.

With European football on edge, UEFA first delayed its response in the morning until next Tuesday. However, given the forcefulness of City and Real Madrid, he had no other choice but to ratify the suspension. He did the same with Juventus-Lyon. Of course, he said nothing about the other two eighth duels: Bayern-Chelsea and Barça-Naples. In the latter case, the complexity is greater, since flights from Italy to Spain are prohibited.

The UEFA, which this Thursday maintained the dispute of several matches of the Europa League, tries to safeguard not only their competitions, but the Eurocopa scheduled for June 12 to July 12 in 12 countries. In case the epidemic subsides, the canceled European leagues would have a difficult time getting back on track if UEFA does not clear the Euro Cup and dates are set for domestic tournaments. Already in 2001, 9/11, UEFA made the Champions League match.

Yes, FIFA reacted yesterday, postponing the start of the South American qualifying rounds for the Qatar World Cup, and Conmebol, which temporarily suspended the Copa Libertadores.

Millionaires loses
In Spain, the League had not been suspended since the Civil War, except for the strikes of 1979, 1981, 1984 and 2011. Yesterday, the employers estimated the negative impact at 678.4 million – due to television revenues, fertilizers and ticket offices – that would mean the end of First and Second at this point in the course. The FEF also announced the dismissal of the friendly Netherlands-Spain scheduled for March 29 in Amsterdam. The Spain-Germany set in the Madrid Metropolitan for the 26th of this month remains to be resolved.

Of course, not only football has noticed the shaking of the coronavirus. In Spain, all federations have cut their sporting events. And the Madrid High Performance Center has even closed, where part of the Spanish elite is preparing for Tokyo 2020. The IOC also postpones the final decision on the Games.

There, in Tokyo, should be the new NBA dream-team , a league that announced its temporary closure after learning that Frenchman Rudy Gobert, from Utah Jazz, had tested positive. Hours later it was also known that the great star of the team, Donovan Mitchell, was affected. Like the NBA, the NHL and the Euroleague closed . The same as ATP: there will be no tennis tournament in at least six weeks (including Godó).

Another confusing situation came in Formula 1. McLaren announced that it was abandoning the Australian Grand Prix that opened the circus this weekend. The cause: the epidemic reached a member of Carlos Sainz’s team. The FIA ​​was slow to consider the start of the season aborted amid strong internal fighting.

At the last minute, the Premier assured that he maintains the day of this weekend as planned, with the public. It will be with the exception of Arsenal, whose coach, the Spanish Mikel Arteta, also tested positive. And as a finishing touch, the Wuhan football club, which had been in the preseason in Sotrogrande (Cádiz) since January 29, will return home, even though it was the epicenter of the pandemic. There he feels safer now.