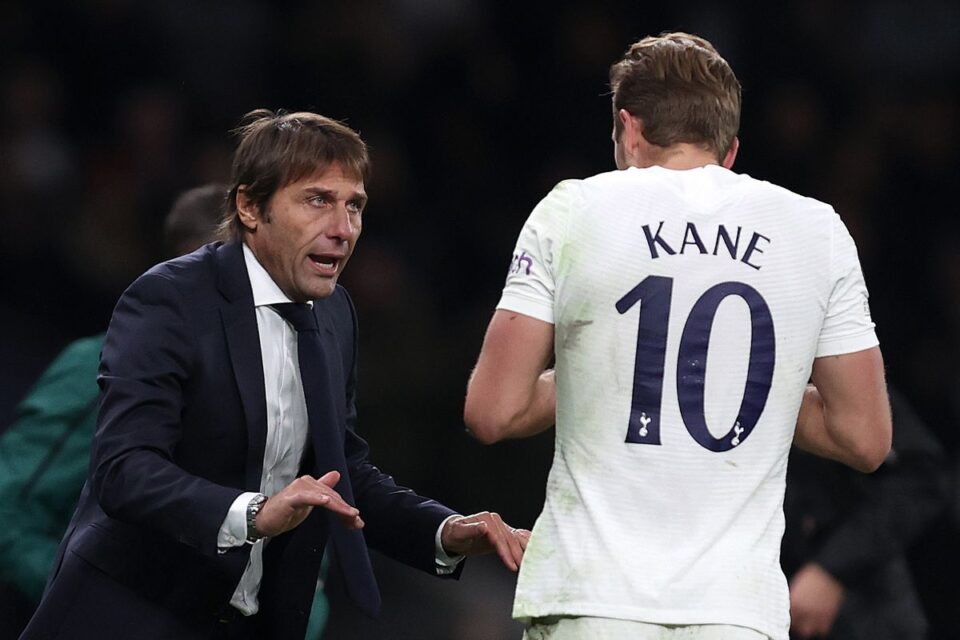 Tottenham Hotspur captain Harry Kane is reportedly open to signing a new deal, with the England captain believing that the club is currently on the right track under Antonio Conte.

During the summer transfer window, the Englishman was heavily linked with a move to Manchester City, but the Citizens were ultimately priced out of a deal.

However, Kane was looking to make a move away from the London club a year ago but now he is willing to stay and work hard under Antonio Conte, who somehow managed to finish at the 4th spot ahead of Arsenal and thus Spurs will now be able to take part in the Champions League next season.

Kane to sign a new contract with Tottenham Hotspur?

Kane scored 27 goals and added 10 assists in 50 appearances for Spurs in the 2021-22 season. This also included 17 goals and nine assists in the Premier League, as Conte’s team placed fourth in the table.

So Spurs will now be taking part in next season’s Champions League while Arsenal and Man United missing the UCL spot. The forward’s contract at the Tottenham Hotspur Stadium expires in two years, and there has been significant talk over his future.

Kane, is thought to be happy with the club, according to the Evening Standard, and is open to considering a new long-term contract in London.

The forward is said to be ‘excited’ by Tottenham’s improvement under Conte and believes the club has a good chance of winning a trophy next season.

Kane has now scored 248 goals in 386 appearances for Spurs in all competitions, while also assisting on 59 occasions. The 28-year-old will look to add more to his Spurs telly under the Italian manager, who was hailed by the England captain recently.

With the Italian boasting a record of 21 wins, five draws and 10 defeats from 36 matches, Harry Kane was full of praises for Conte. The 28-year-old said

“There is still a lot of work to do. I think the improvement has definitely been there since the gaffer came in to where we are now,”

“It shows it can be done in a short space of time, but obviously we will see what happens over the summer and look forward to the next season with a great manager. Hopefully we’ve learnt a lot since he’s been here.”

“I have no idea [about Conte’s future] to be honest, that is his decision. But he has worked really hard while he has been here, he’s a great guy, a really passionate man so whatever his decision is you have to respect it. But for sure I am enjoying it and I know the boys are enjoying working with him.”

“I have said I am a big fan of his and we get on really well so of course it would be great for the club if he stays. But like I have said that is his decision, he’s his own man, and I’m sure he will talk to the club and decide on his future. From our point of view we are all enjoying working with him.”