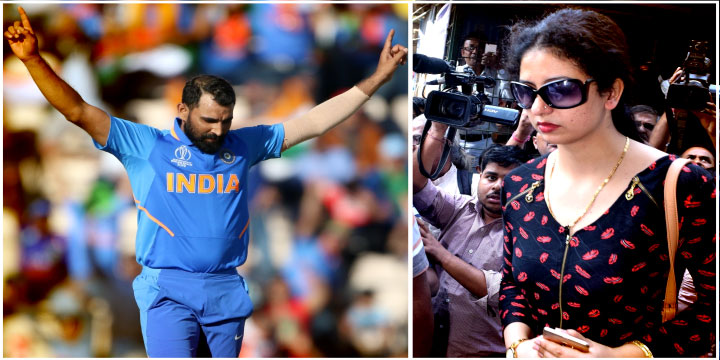 For Mohammed Shami, who recently became the only second Indian bowler to get a hat-trick in an ICC World Cup, after Chetan Sharma in the 1987 edition, the domestic feud with estranged wife Hasin Jahan is far from over. Hasin, in a series of fresh allegations, called Shami a ‘lafanga’ which is a Hindi term for a loafer. She accused the bowler to have followed only women in his new TikTok account. She further went on to say that being the father of a young daughter it is shameful how Shami has conducted himself in the public domain.

The Indian pacer’s domestic battle became a matter of public scrutiny last year that led to a depleted form for the frontline Indian speedster. Not only his game dipped, Shami even flunked the all-important Yo-Yo test just before the one-off Test against Afghanistan, paving the way for Delhi pacer Navdeep Sahani into the team.

The marital discord was too much for the mainstay Indian bowler to handle as he touched his career’s nadir in 2018. However, he worked very hard and turned around events to bounce back to form. In the two games, he got in the World Cup, after Bhuvneswar Kumar’s injury, Shami scalped four wickets in each of them, including the hat-trick against Afghanistan. His spell was instrumental in handing Afghanistan a defeat after the minnows took the game to the wire, shaking the unbeaten Indian camp. Any distraction, at this moment for a cricketer, is the last thing any management would want to crop up. Because to play in the biggest stage and walk away with the coveted trophy, it takes unwavering focus for the players.