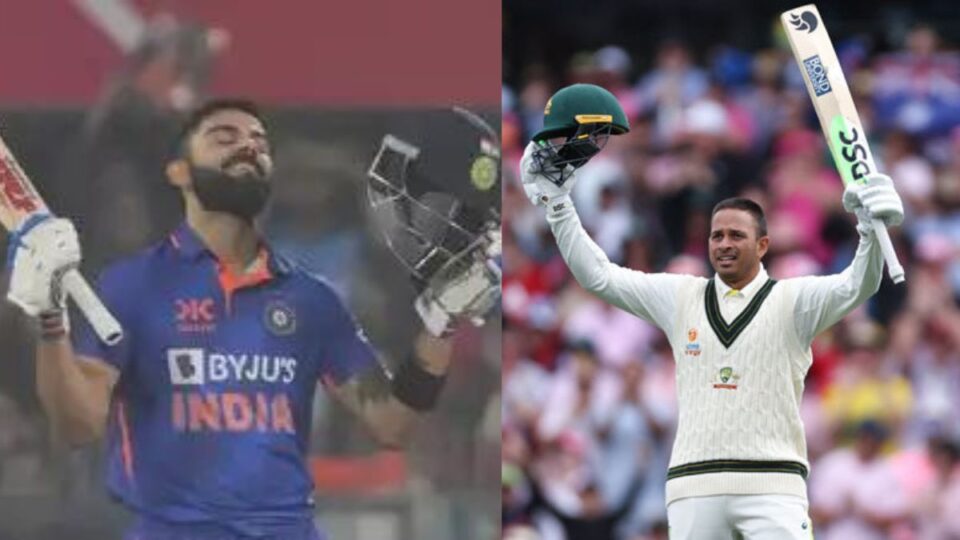 Usman Khawaja gained the most ground among Test batters according to the ICC rankings, He moved up by four points to claim the eighth spot and enter the top 10.

This came after his incredible century in the third and final Test match in Sydney against South Africa. As skipper Pat Cummins declared to force a conclusion in a game Khawaja was undefeated on 195, missed out on a double century.

He has now climbed two slots to the sixth spot in the list of men’s ODI hitters. Also scoring aggressively with an 83, Rohit Sharma moved up to eighth place. Dasun Shanaka, the captain of Sri Lanka, hit a valiant century despite his team losing and climbed 20 ranks to number 61.

Mohammed Siraj is the most successful bowler in the list of ODI bowlers after moving up four spots to 18th place. This occurred after he took two wickets in the match against Sri Lanka. Suryakumar Yadav is still ranked first in the T20I rankings charts following his outstanding century in the third T20I match against Sri Lanka.

The players from both teams who played in the drew Test between Pakistan and New Zealand advanced to the next round. Latham moved up to 19th after scoring 71 and 62 in the second Test in Karachi. Conway climbs three spots to number 21 thanks to his century in the first two innings. After scoring his first Test tonne, Shakeel has climbed twenty spots to the number 30 position. The standings still have Marnus Labushchagne at the top.

Josh Hazlewood has made the most progress in the bowling rankings. He gained six spots to go up to No. 10 in the Australia vs. South Africa match thanks to his five wickets, breaking into the top 10. The best Test bowler is still Cummins, who holds that position.