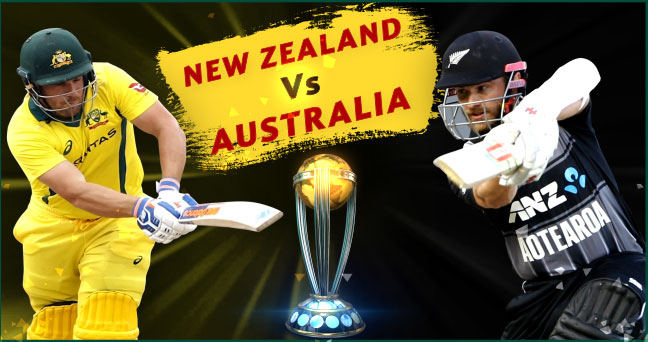 As two of the strongest teams lock horns tomorrow at the ICC World Cup, the New Zealand vs Australia game would be a crowd puller, not only in the stadium but on television and OTT platforms across the world. With both teams losing one each, it is going to be a tough contest, a battle of nerves every cricket lover looks forward to.

It would be interesting to see what the Australians do to rein in the fierce Kane Williamson who has has been fantastic throughout the tournament. At an average of 138 so far scoring 414 runs, he has been a tough customer to dislodge. His two consecutive centuries against the West Indies and South Africa show his flowing form in the World Cup. Aussie skipper Finch rightly acknowledges that Kane is a “world-class performer in all formats of the game.” Australia coach Justin Langer also divulges that they have kept a close eye on Williamson studying the key New Zealand batter.

However, the Australians have a firm belief in their bowlers who always delivered when it means the most. It is a great solace that the bowler who sent down the most number of dot balls in the World Cup, Pat Cummins is in their squad. His deliveries are unplayable. Besides, the dangerous Mitchell Starc is also there to give him company. Moreover, Aaron Finch is also getting better and better with every match. The game would be a stage for both teams to show their dominance before playing the crucial knockout games ahead. Australia are already in the semis.

Leading the table at No. 1 in the World Cup, Australia closely followed by India at No. 2 after beating the West Indies on June 27 by a margin of 134 runs. India is the only side who are unbeaten so far in the tournament.