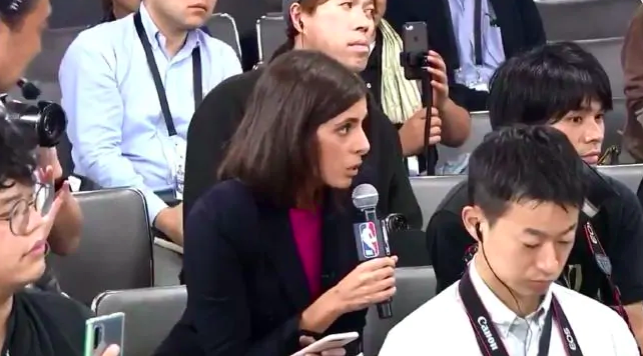 CNN reporter Christina Macfarlane was shut down even when she asked a legitimate question, which simply added to the ongoing rift between the NBA and China.

At the usual post-game conference, after the Houston Rockets defeated the Toronto Raptors 118-111 in their second preseason game in Tokyo. CNN reporter Christina Macfarlane asked superstar guards James Harden and Russell Westbrook that: “The NBA has always been a league that prides itself on its players and its coaches being able to speak out openly about political and societal affairs. I just wonder after the events of this week and the fallout we’ve seen whether you’d both feel differently about speaking out that way in the future.”

But before the player could answer the question, she was shut down by a Rockets media officer. And the representative said, “Excuse me, we’re taking basketball questions only.”