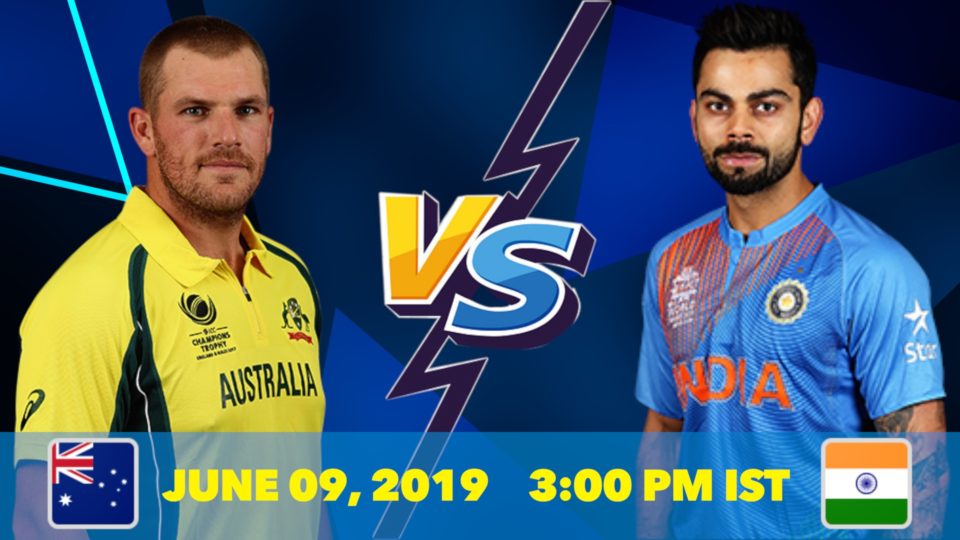 Winning their first game against South Africa, team India would go into the match against the Aussies on Sunday with a lot of self-belief. Having the world’s no. 1 bowler in their squad, Jasprit Bumrah, India is a force to reckon with in this edition of the World Cup. But, India would be facing the Aussies who have a quality batting lineup, especially at the top of the order. David Warner, Aaron Finch, Usman Khawaja, and Steve Smith can send shivers down the spine of any opposition in the world. On their day, these batsmen can get the scoreboard ticking on auto-pilot.

Bumrah, coupled with spin duo Chahal-Kuldeep would be key

Virat Kohli’s bowlers have to get their team home by delivering on expectations and not making too many mistakes. As the batting of the Indian side looks solid, with almost all of the key players in sublime form, they shouldn’t let this close opportunity go by. India are among the top favorites in the World Cup.

Moreover, Australia’s scare against the West Indies in their previous game, which they clinched narrowly, would be playing on their minds as they take on a more powerful team like India.

Head to head in the World Cup

India and Australia faced each other 11 times in the World Cup, with Australia winning eight of those encounters. So, obviously, they have past records to fall back on. But, then, every game is a new game in cricket. India is a far different team now, with no. 1 batsman and bowler in the squad. Besides, there has been a sea change in the temperament of the Indian players, rubbing shoulders with the world’s best cricketers brought together by domestic IPL.

Dhoni’s presence in the team also provides cushion to Kohli’s captaincy. India now play their matches on the merit of the game on a given day. Rohit’s return to form in the previous game against the Proteas is a huge relief for team India.

It is only that ICC has rejected BCCI’s plea to allow Dhoni wear the “insignia” gloves in the World Cup, apart, team India is raring to go at the Aussies with full force on Sunday at the Oval.