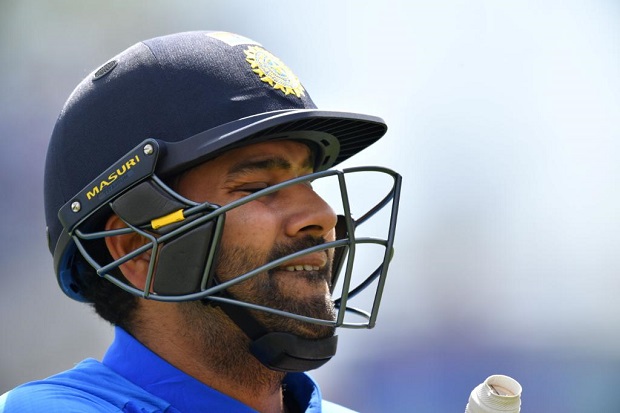 Indian ODI vice-captain Rohit Sharma has been ruled out of the ODI and Test series against New Zealand. This information was given by the news agency, quoting BCCI sources. Rohit walked out of the field after retiring with a hamstring injury in the last T20 against New Zealand on Sunday. At that time, he was playing for 60 runs. Shivam Dubey had come to bat in his place. He did not even come for fielding.

Earlier, Indian all-rounder Hardik Pandya has also been ruled out of the Test series against New Zealand after failing to regain full fitness from a spinal injury. So far, the BCCI has not made a formal announcement of Rohit’s exit. But if this happens, Mayank Agarwal can be included in the team as his option.

Kohli did not play in the fifth T20 against New Zealand to give a chance to Sanju Samson. In his absence, Rohit Sharma was skipper of team India. In the 17th over of the Indian innings, Rohit suffered a strain in the calf muscles. He was seen staggering on the field. The physio was then called to the ground. After treatment, Rohit batted for a while. But after hitting six in Sodhi’s over, he had to left the field. Earlier, Rohit was rested in the fourth T20.

When KL Rahul was asked about the injury of the Indian vice-captain after the fifth T20, he replied that he would be fully recovered in two-three days. So, it was feared that he would not be able to play the first ODI. But now there is news of his exit from the entire tour. The first match of the three-match ODI series between India and New Zealand will be played on 5th February. At the same time, the first test will starts from 21st February.