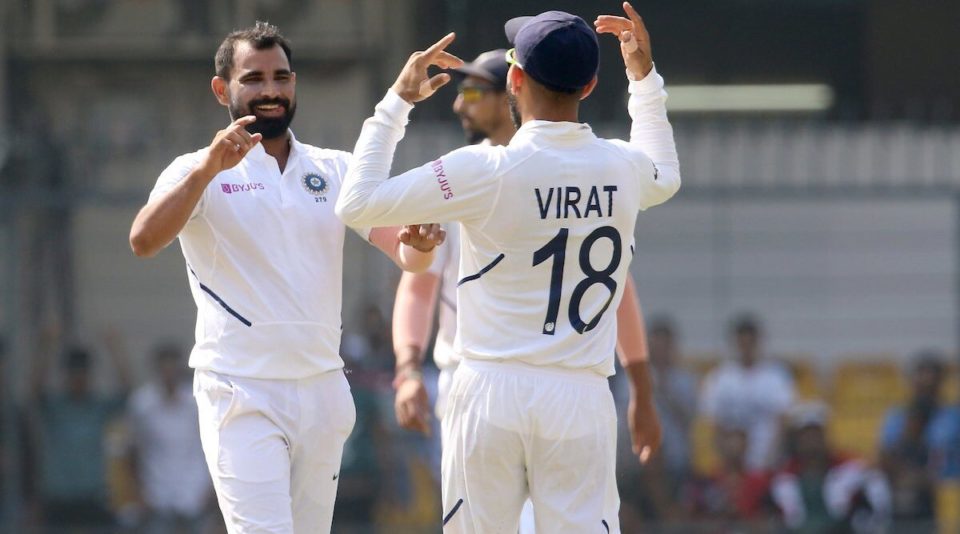 On day 1 of the Indore Test match Mohammed Shami grabbed three wickets and helped team India to bowl Bangladesh out for 150. India captain Virat Kohli, who is known for asking the fans to turn up the volume while they cheer for his team, asked fans to cheer for Mohammed Shami this time.

Kohli was allegedly seen asking the fans to cheer for Mohammed Shami as he got ready to bowl his final over just before the tea break on Day 1 of the first Test match against Bangladesh in Indore. The fans were basically seen cheering for Kohli but the Indian skipper instead asked them to get behind the fast bowler.

Shami, who took three wickets couldn’t take a hat-trick as he came back again to bowl the second over of the final session.