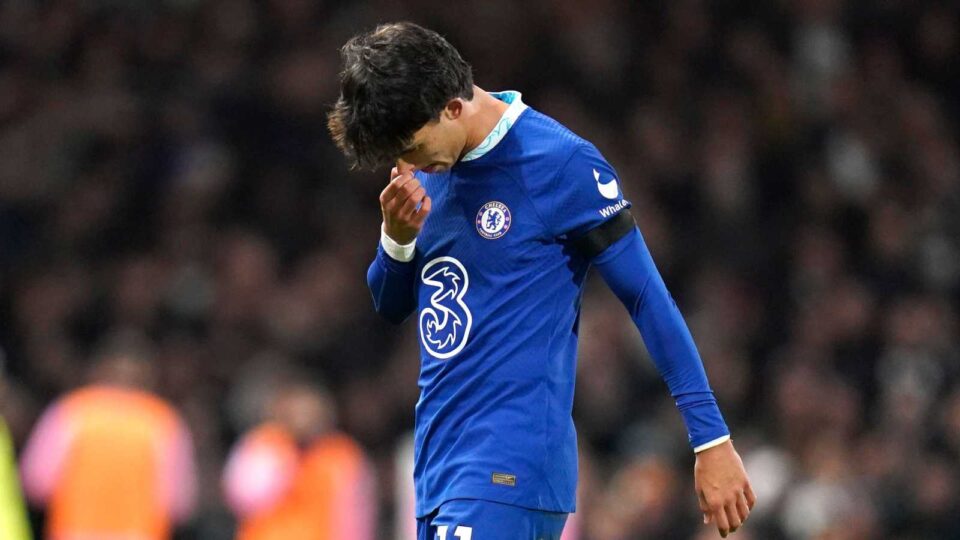 Joao Felix, a forward for Chelsea, was sent off in Thursday’s 2-1 loss to Fulham, setting an unfavourable Premier League record. Chelsea recently paid €11 million (£9.8 million) to Atletico Madrid to complete the loan of the Portugal international till the end of the current campaign.

The 23-year-old arrived at the team in time to participate in Thursday’s West London derby, which Graham Potter chose to start Felix in.

Willian, a former Chelsea winger, gave Fulham the lead just before halftime, but Kalidou Koulibaly tied the score early in the second half. Felix’s Chelsea debut was cut short in the 58th minute when he received a straight red card for a risky high tackle on Kenny Tete.

Carlos Vinicius’ header in the 73rd minute gave Fulham the lead, giving them a numerical advantage as they went on to win the game 2-1. Felix unintentionally made history by being the first Chelsea player to be sent on their Premier League debut as a result of his reckless challenge.

The Atletico loanee is also the first player since Federico Fazio to be sent off in their first Premier League game. Before this, Fazio was sent for Tottenham Hotspur against Manchester City in October 2014.

While Felix still managed to get four shots on target which is more than any other player on the Craven Cottage field despite being sent off with more than 30 minutes still to play.

Felix will now miss three Premier League games, including those against Crystal Palace, Liverpool, and the follow-up fixture against Fulham at the beginning of February.

Chelsea manager Potter said that Felix’s dismissal and subsequent ban are “doubly frustrating” after the game.

“It was a forward’s tackle, there was no malice in it but I understand why it was a red.”

“It is another blow, the hits keep coming at the moment. He was really good, you could see his quality in the game so it is doubly disappointing for us.”

The pressure on Chelsea’s manager, who has overseen a record of just two victories in the last 10 competitive games, will only grow with a third straight loss.

When Chelsea plays Crystal Palace at Stamford Bridge on Sunday, they will strive to get back to winning when they are now 10th in the Premier League table.