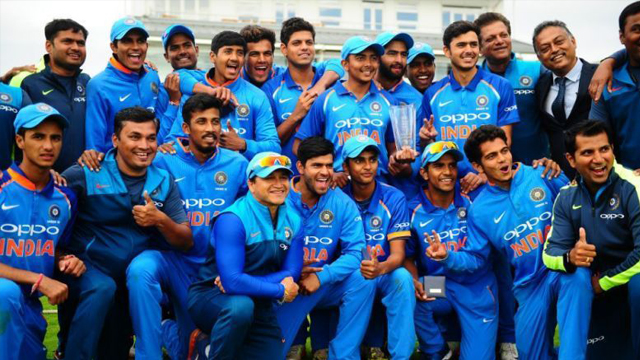 After this, India limited South Africa to score 198 runs for nine wickets. From the bowling department, Sushant Mishra was the most important, taking four wickets for 48 runs. Ravi Bishnoi got two wickets. Karthik Tyagi, Arthv Ankolekar and Tilak Verma took one wicket each.

During the chase, South Africa’s team been in stronghold position in the match. Indian bowlers took wickets in regular intervals and ensured their victory by scoring 150 runs for eight wickets. For South Africa, captain Bryce Parsons scored the highest of 57 and opener Andrew Lau scored 45 runs.

The other two teams in the four-nation tournament are New Zealand and Zimbabwe. Now the Indian team will face Zimbabwe on Sunday. In another match of the day, New Zealand defeated Zimbabwe by just two runs in a close fight. New Zealand scored 204 for nine wickets in 50 overs while Zimbabwe’s team was reduced to 202 runs in 41 overs.