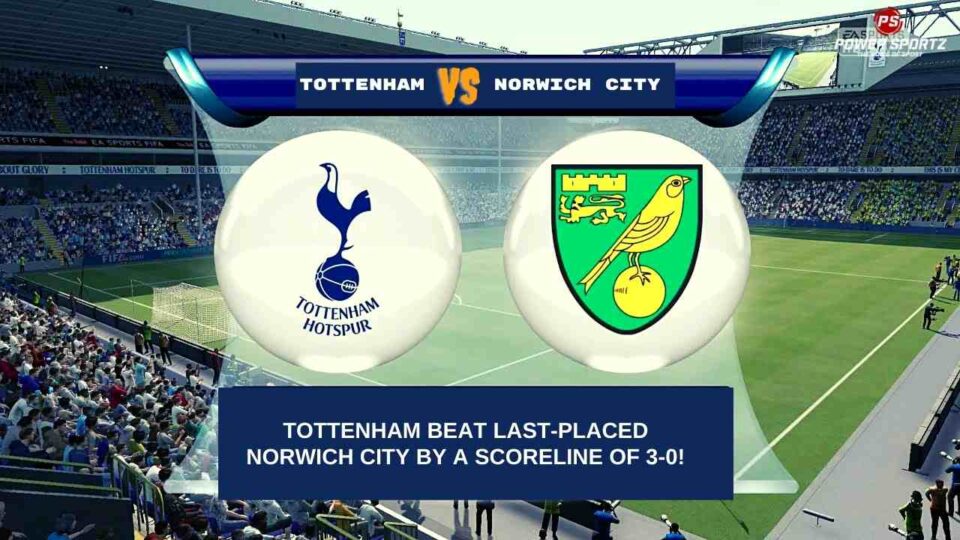 Tottenham is coming 5th on the Premier League table; the maximum position they could fall to by the end of the 15th game week is the 6th position. Spurs have managed to secure this position as they have won 8 and drawn 1 out of their 14 league games; additionally, they have one match cushion in comparison to the other clubs as they are the only club in the top half of the table who have played 15 matches. They played their most recent match against Norwich City!

Despite the fact that Norwich had the majority of the ball with 60% rate of ball possession; they weren’t able to beat Spurs. This is because they were really poor while attacking and were only be able to record 1 shot on target out of the 10 shots they managed to take. On the other hand, Conte’s men were clinical as they scored 3 past their opposition through the 7 shoots they took on target. These goals came through Lucas Moura, Davinson Sanchez, and Son Heung-min.

Do you think Antonio Conte can help push Tottenham to the top four spots in the Premier League this season?