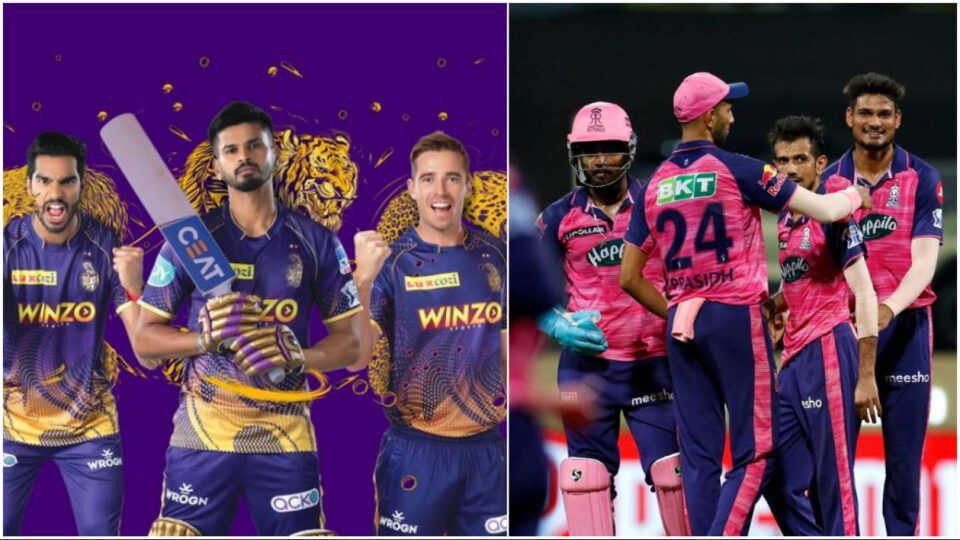 It’s Monday, the start of a new week, with new hope and new beginnings. The saying goes it’s never too late, but in the Indian T20 League, you get limited opportunities, and you have to turn things around before it’s too late. Its match number 47, involving Rajasthan Royals (RR) and Kolkata Knight Riders (KKR).

It will be both teams’ tenth match. KKR have lost their last five games and are in eighth place with three victories from nine games. They were defeated by RR by a narrow 7-run score in the first match.

RR is flawless in the tournament, having lost only three of its nine games. A win in this game could help them reclaim second place in the standings. The Royals were defeated by Mumbai Indians by 5 wickets in their previous match. For only the second time in the tournament, they scored less than 160 runs and failed to defend it. In this encounter, RR will be aiming for an improved effort from their middle-order.

The Wankhede’s surface is expected to produce another high-scoring match. The hitters will likely find it simple to score runs once more courtesy of small boundaries.

The bowlers will have to work hard to keep the runs contained. Given the dew effect, the team that wins the toss may opt to bowl first.

In this edition of the league, Shreyas Iyer is the leading run-scorer for Kolkata Knight Riders. In nine matches, he has scored 290 runs at an average of 36.25 with a strike rate of 137.44. In the last five games, he has two half-centuries and was the highest scorer for KKR versus RR in their most recent match.

Yuzvendra Chahal, a leg-spinner, ranks first in the tournament in terms of most wickets taken. He has 19 wickets in nine outings and will be looking to grab some crucial wickets against KKR in the next encounter. It’s worth noting that Chahal has a hat-trick against the same opponents in the IPL 2022.