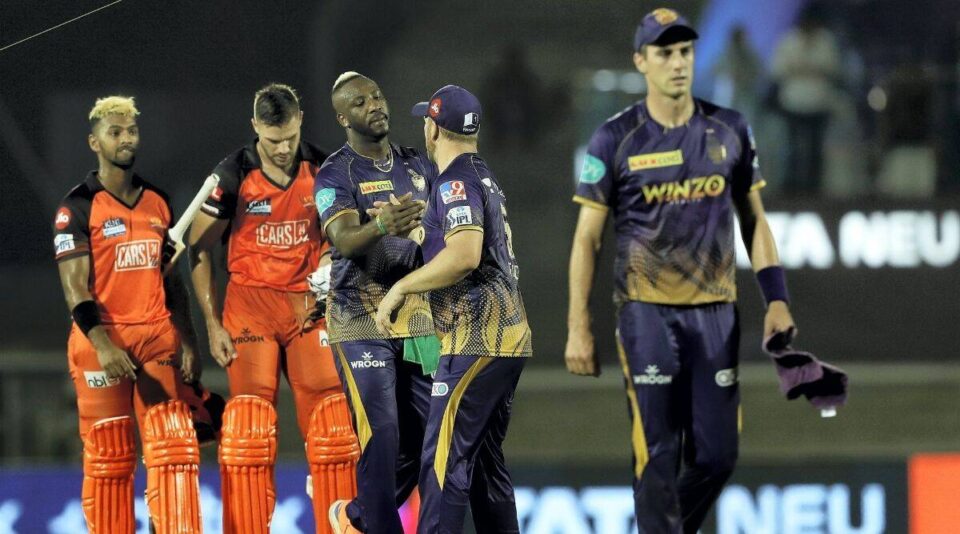 The Indian T20 League is into its business end and every game is an important one especially for the teams who are not in the top 4 and 2 teams who are below that position will be battling it out. Game number 60 sees a clash between Kolkata Knight Riders (KKR) and Sunrisers Hyderabad (SRH).

KKR slipped in the middle of the tournament after a strong start, and their campaign appeared to be in serious peril. However, they finally got their combination right in the last game, and until Umesh Yadav returns, they are likely to keep this playing XI for the final two games. Pat Cummins, their fast bowler, has been ruled out and has returned home.

The Sunrisers Hyderabad, on the other hand, have lost their last four games and are desperate for a win in this match. T Natarajan and Washington Sundar’s injuries haven’t helped their cause, and they’ll be hoping to get back on track quickly as the playoffs approach. SRH is in sixth place in the points table with five wins in 11 games, and they will need to increase their net run rate as well.

The pacers have benefited greatly from the surface, and most teams batting first have won at this venue. There will be no dew, so both teams will try to score runs and then defend them.

The penultimate game at the MCA Stadium in Pune was a low-scoring match between the Gujarat Titans and the Lucknow Super Giants, and the bowlers had plenty of help from the wicket. Any total above 150 will be difficult to chase down, but the skipper who wins the toss is likely to continue bowling first.

Umran Malik has been fantastic with the bowling, taking 15 wickets at an average of 24.27 in 11 outings, and he played well against this same opposition a few weeks ago.