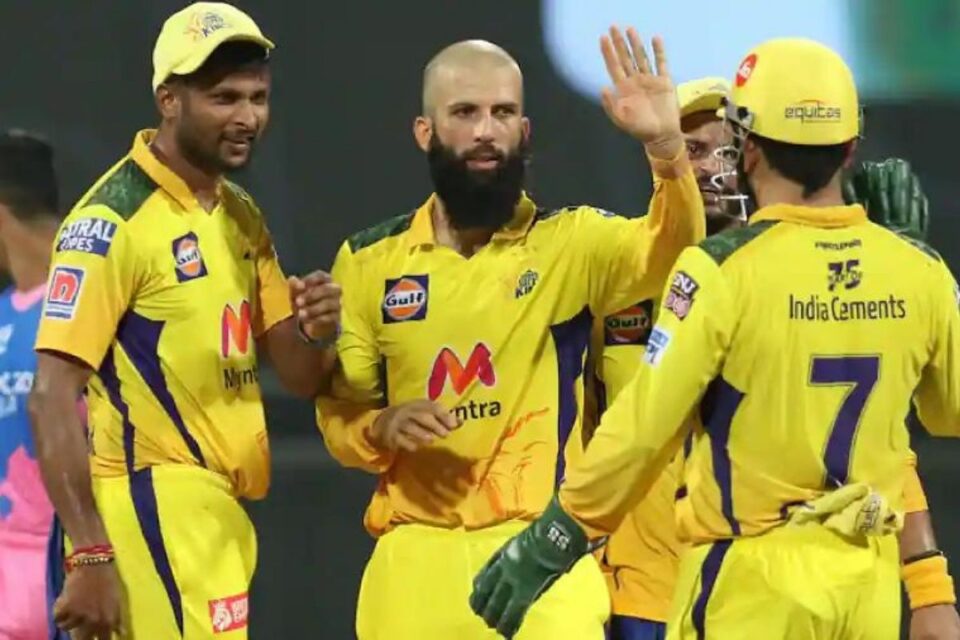 Moeen Ali’s long wait is finally over, as he will join the Chennai Super Kings (CSK) on Thursday (March 24). The all-rounder’s Visa documents for travel to India have been received, according to the Indian Premier League (IPL) club and his family. The England international’s initial application was rejected by the Indian High Commission in London.

The 34-year-old, who sought Indian travel documents about four weeks ago, initially failed to receive approval from the Indian High Commission in London. However, a request was being made for quick approval but the Visa clearance was delayed.

As, a result of which Moeen will not be able to play in CSK’s opening match of the IPL 2022 campaign. Confirming his departure from England, Moeen Ali’s father said

“He picked his papers yesterday and is ready to fly,”

“He (Moeen Ali) will arrive in Mumbai in the evening and will straight away go into isolation,”

“He will not be available for the first game against Kolkata Knight Riders but we are happy that all the uncertainty has ended,”

Thus, Moeen Ali will have to follow the bio-bubble meaning he will go into quarantine for 3 days.

The left-handed pitcher pitched for RCB for two seasons before being dismissed prior of the league’s 2021 season. Moeen Ali’s batting skills against spin are exceptional, and his ability to bat at any position allows him to take the game away from the opponent.

In total, The England international has played 34 matches and scored 666 runs taking 16 wickets in his 3-year IPL career. Thus, Ali will defiantly be a crucial addition to CSK’s squad. His all-round display can help Chennai to secure yet another title to their cabinet.

Meanwhile, IPL 2022 is all set to begin from 26th March with the opening match being the same as the last match of the previous edition. As CSK will lock horns with KKR in the opening match on Saturday at Wankhede in Mumbai.

We can expect the Englishman to be back on the playing field in CSK’s 2nd match against LSG.

Thus, Thus, CSK will have to manage without Ali in their 1st match as they look to kick off their new campaign with a victory.