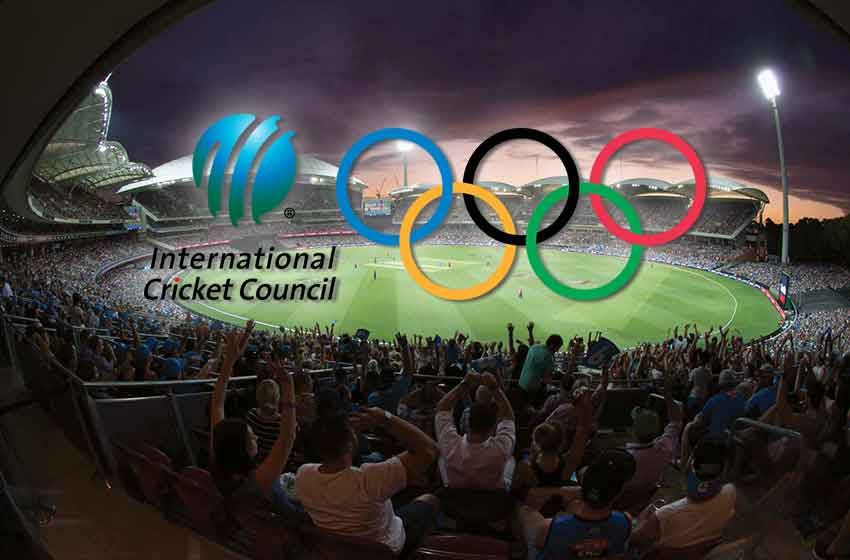 Cricket still has a chance to compete at the Olympics. As ICC is about to make the case heard at the Mumbai session in 2023. After it appeared that there would be little prospect of the sport being included in the 2028 Summer Olympics in Los Angeles,

it has now been confirmed that LA28 has invited the International Cricket Council (ICC) to make a presentation. Break dancing will be one of the eight other disciplines that cricket will compete against, according to information from all parties involved (World DanceSport Federation).

The other federations invited are those for baseball/softball (WBSC), flag football (IFAF), lacrosse (World Lacrosse), karate (WKF), kickboxing (WAKO), squash (WSF), and motorsport (FIA). The IOC/LA 28 invitation for the ICC was confirmed to Powersportz on Monday, August 1 by a reliable source.

According to the source:

“Nine disciplines are on the shortlist of international federations invited to submit RFI (Request for Information) proposals for the LA28 Olympic sport programme review,”

There is no way of knowing how many of those invited will ultimately be a part of the Games, but LA28 has already announced 28 sports: swimming, archery, athletics, badminton, basketball, canoe, cycling, equestrian, fencing, golf, judo, rowing, rugby, sailing, shooting, skateboarding, soccer, sport climbing, surfing, taekwondo, tennis, table tennis, triathlon, volleyball, and wrestling. According to Cricbuzz, LA28 is not required to add new sports but is expected to take into account those that would fit its limit of 10,500 athletes at the Olympics.

Meanwhile, an LA28 spokesperson had told

“Beyond the initial 28 sports, the organizing committee for the LA28 Games has the opportunity, but not an obligation, to propose additional new sports for inclusion in the LA28 Olympic program. In the coming months, LA28 and the IOC will work with international federations to review disciplines with the evaluation criteria. The criteria will also aid in the evaluation of potential new sports for the LA28 Olympic Games,”

Later this month, the presentations will need to be made. Prior to the IOC Session in Mumbai in the middle of 2023, the final decision is anticipated.

The IOC presentation will focus on the sport’s over a billion fans, the majority of whom are young, and its attraction on a worldwide scale. Additionally, it would confirm that the finest players in the world will compete in the game’s most thrilling format (T20).

Thus, if Cricket is being considered in the Olympics, India will be one of the favourites to win the Gold.

The ICC Chief Executive comments on Cricket’s involvement in Olympics

“We have declared the ambition to be involved in the Olympic Games. We are assisting the LA28 organisers and providing them the information for their assessment of different sports in regard to the addition to the Olympic programme. At this stage the decisions are due next year. There is not much to report at this stage other than the fact we are assisting the LA28 organisers.”

“The idea of having an Annual conference in Birmingham is to celebrate cricket’s involvement with the Commonwealth Games for the first time in 24 years with the women’s T20 event. Judging on the reaction of the players, they are all excited and enjoying the experience of being with the top athletes of other sports.”