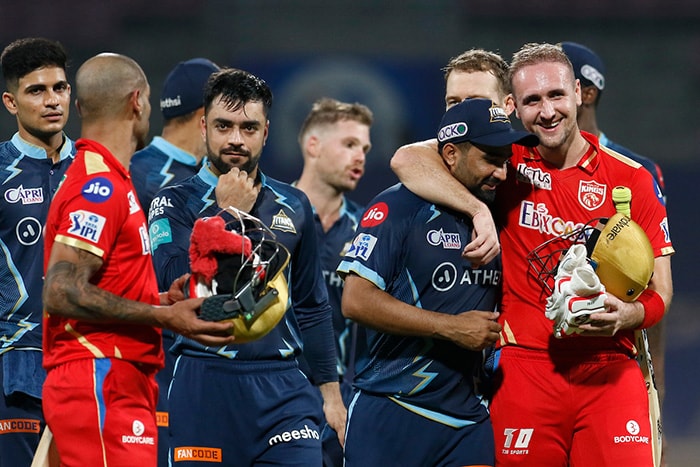 On May 3, in match number 48 of IPL 2022, the Punjab Kings (PBKS) delivered the Gujarat Titans (GT) a wake-up call in a group stage match (Tuesday). PBKS defeated the Titans thanks to pacer Kagiso Rabada and Indian batsman Shikhar Dhawan. After a string of poor results, the Kings have made a comeback.

GT captain Hardik Pandya chose to bat first after winning the toss at the Dr. D.Y. Patil Sports Academy in Mumbai. Hardik Pandya, the skipper, struggled to get going. Youngster Sai Sudharsan held the GT innings together with a hard-fought 65 off 50 balls.

Except for Sudharsan, none of the GT hitters were able to get going. Kagiso Rabada, the South African pacer, was the pick of the bowlers for PBKS, taking four wickets.

In response, PBKS was dealt a blow early on when English batter Jonny Bairstow was dismissed for one run. Shikhar Dhawan (62*), Bhanuka Rajapaksa (40), and Liam Livingstone (30*) ensured that PBKS had no problems further on. Thus, with 4 overs remaining, the table toppers were defeated quite comfortably.

Only Mohammed Shami and Lockie Ferguson were effective bowlers for GT, each taking one wicket. Apart from them, none of the other bowlers managed to get a wicket. As a result, PBKS glided to the target with ease, scoring two crucial points, with Rabada winning the player of the match award.

Despite losing their match, GT is still at the top of the points table with 16 points in 10 matches. While PBKS clinched 5th spot in the standings with 10 points in 10 games.

After the match, the winning captain Mayank Agarwal said

“We would like to string a few (wins), no better time than getting a few wins back-to-back. We are trying to get the best out of Jonny.”

“I thought we bowled exceedingly well, we got early wickets and choked them in the middle. That really helped us to restrict them to a below-par score. The partnership between Shikhar and Bhanu was crucial for us.”

“We weren’t even close to a par score. 170 would have been ideal, but we kept losing wickets regularly and never came anywhere near it.”

“We were always talking about getting better even when we were winning, we would talk about things that didn’t go our way (today) and would look to come back better in the coming games. We have another game in a couple of days, we need to regroup, winning and losing is a part of sport.”

What’s next for Gujarat and Punjab?

GT have only 4 league stage games remaining and next up for them is a clash against Mumbai Indians (MI) at Brabourne Stadium in Mumbai on 6th May.

While PBKS will lock horns with Royals from Rajasthan (RR) on 7th May in the first match of the doubleheader super Saturday at Wankhede Stadium in Mumbai.