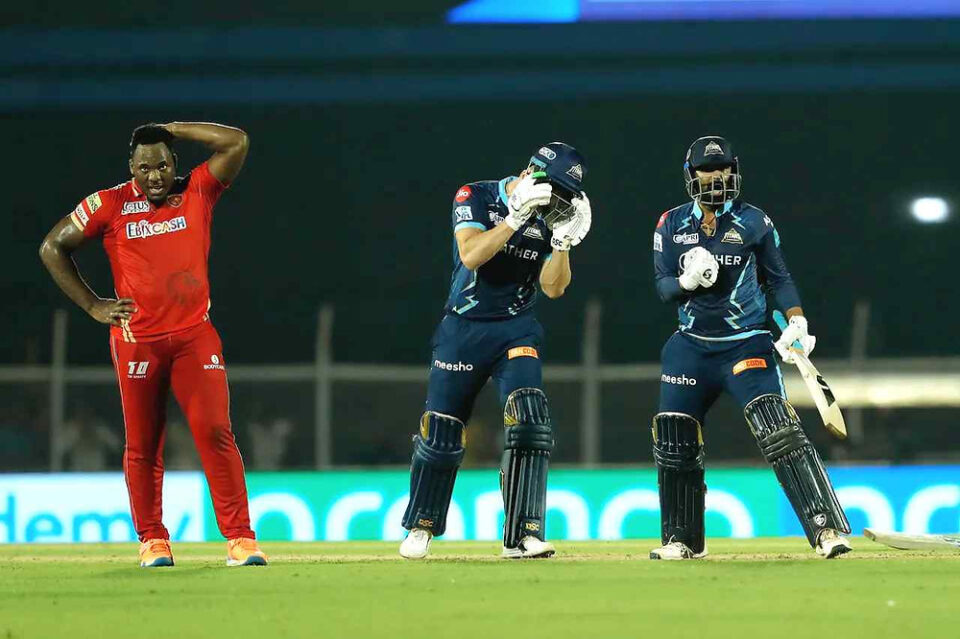 It is now time for match number 48 in the Indian T20 League 2022, in which Punjab Kings (PBKS) will be locking horns with Gujarat Titans (GT).

Both teams will be playing against each other for the 2nd time this season. Gujarat won the first leg by 6 wickets after pursuing a 190-run goal, thanks to a last-ball six by Rahul Tewatia against Odean Smith. Gujarat has won eight of the tournament’s nine matches, putting them in first place in the standings.

Punjab has won four of their nine matches and is now ranked seventh in the points standings. They were defeated by Lucknow Super Giants by 20 runs in their previous match after failing to chase down a 154-run mark. In this encounter, Punjab will be aiming for a better showing from their batting unit.

Teams have scored between 160 and 170 on average on the wickets at the DY Patil Stadium. During field restrictions, the new ball moves a little. While batsmen can play a major knock if they apply themselves on the crease.

Because of the dew factor, the captain who wins the toss will want to bat second.

In this season of the tournament, Shikhar Dhawan is the leading run-scorer for PBKS. In 9 matches, he has scored 307 runs at an average of 38.37 and a strike rate of 126.33 including 2 half-centuries. Despite being removed for only 5 runs in the last encounter, Dhawan is expected to deliver in this one.

Hardik Pandya, the GT captain, has been in fantastic batting form in the IPL 2022. With 308 runs in eight games and an average of 51.33, the right-handed batter is presently fourth in the most runs list. After failing in the previous encounter, Pandya will be eager to make amends and play another crucial knock for the newcomers.