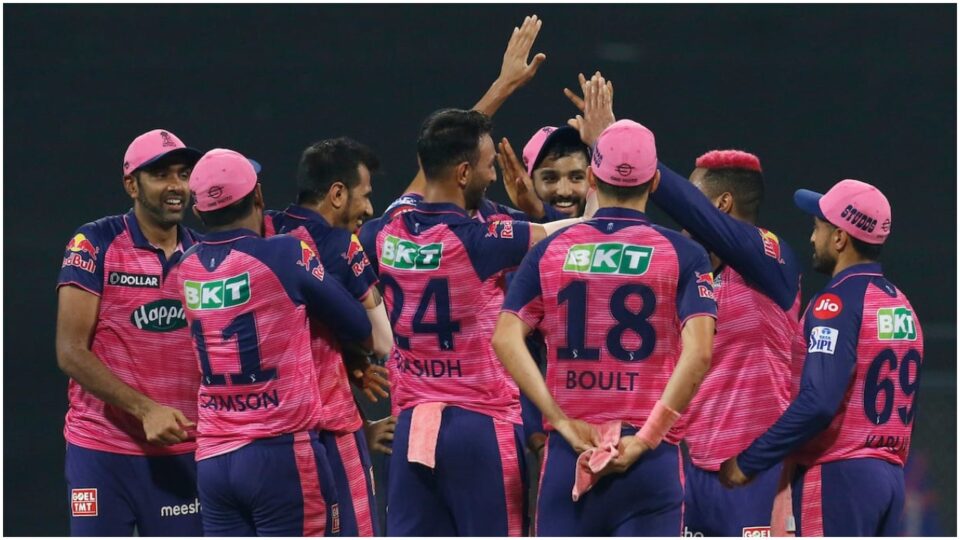 The toss was won by Rishabh Pant, who chose to bat first. Both teams started the game with the same starting lineup as the previous game. Buttler continued where he left off, becoming only the second player in IPL history, after Shikhar Dhawan, to smash a back-to-back century.

Devdutt Padikkal, his opening partner, hit a 35-ball half-century, while skipper Sanju Samson chipped in with an unbeaten 46 runs off 19 balls, including five fours and three sixes. In their allotted 20 overs, RR scored 222/2, their highest total of the season. Khaleel Ahmed’s four overs yielded 47 runs and one wicket, while Kuldeep Yadav’s three overs yielded 40 runs.

Prithvi Shaw and David Warner, the DC openers, got the team off to a promising start, but Warner was removed for 28 runs. Shaw too only scored 37 runs, with Sarfaraz Khan scoring only one. Lalit Yadav scored 37 runs and Captain Pant scored 44 runs off 24 deliveries.

Rovman Powell smashed three sixes off the first three balls against Obed McCoy with 36 needed off the last over, but there was a dispute when the third ball, which looked like a no-ball, was not deemed a no-ball. The DC camp, particularly skipper Pant, were enraged and got into a heated fight with the authorities.

Powell was then dismissed, and DC went on to lose the game in a contentious way. With this win, RR climbed to the top of the standings with ten points, while DC remained in sixth place with six points. Jos Buttler was named Player of the Match for another mind-boggling century.

In the post-match interview the winning captain Sanju Samson said

The last game was a tough one, and this game too, with Powell hitting those sixes. It’s important to stay calm and trust your team-mates. You need to back yourself. Can’t say anything about the toss. Losing toss is working, so we’ll like to stick to that. Don’t think there was much dew, but the bowlers are experienced enough to bowl in these conditions.

I think they were bowling well throughout the game but in the end Powell gave us a chance, I thought that no-ball could have been precious for us but it is not in my control. Yes, disappointed but can’t do much about it.

I think we could have bowled much better. I can tell the guys to keep their chin up and prepare for the next one.

What’s next for Rajasthan Royals and Delhi Capitals?

At one end Rajasthan Royals will be locking horns with Royal Challengers Bangalore on Tuesday, April 26 at MCA Stadium in Pune.

While Delhi Capitals will take on Kolkata Knight Riders on Thursday, April 28 at Wankhede Stadium in Mumbai.