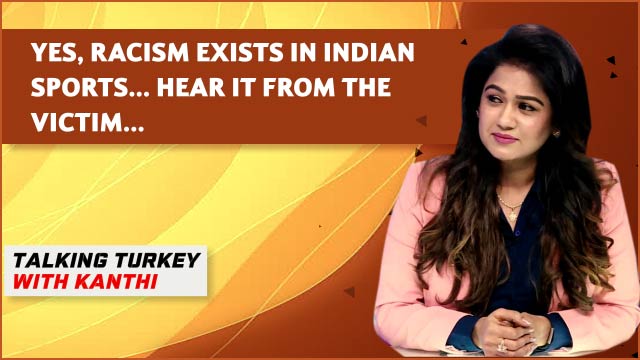 Racism is ubiquitous and sports is not untouched by this menace in the society. Recent allegations by Darren Sammy of being subjected to racism while playing IPL has left the entire nation stunned, especially the sporting fraternity.

The recent episode of Talking Turkey with Kanthi probes and unearths some startling truth about this lurking issue in Indian sports. Even domicile Indian cricketers have stumbled upon racism during their careers. Some shocking revelations have come out during the debate, which is a top weekly show on Power Sportz.

Former India cricketer Dodda Ganesh, who was part of the show said that he faced several incidents during his playing days when people used unparliamentary words against him. It is often difficult to maintain the equilibrium where on one side there is fierce competition to stay relevant and deal with the demons of racism on the other.

“What is the psychology behind people resorting to racism?” asks Kanthi D Suresh, the show host, and Editor-in-chief of the channel.

It is evident that racism is rooted in the collective psyche of society and it is not easy to obliterate it at one go. It is equally important to know why people indulge in it before attempting to get rid of this. This week’s episode delved into the numerous aspects of racism and how to deal with it.

So, to know more about racism in Indian sports, log on to Power Sportz and watch the full episode here.