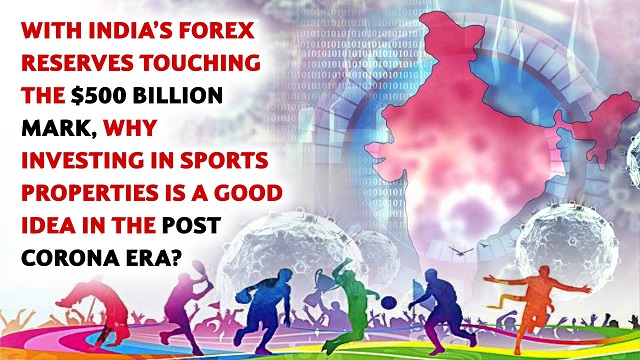 With India’s forex reserves closing in on the $500 billion marks, India is definitely no longer in the ‘Fragile Five’ situation that it was during the 2012/13 economic crisis, which comes as a good piece of news especially now when the world is reeling under the economic turmoil of the Corona Pandemic. India’s case has been helped by the Foreign Direct Investment that has come in during the past two months, which has helped built the forex reserve

Smart investors, particularly long term investors,  think it is an ideal time to invest now because continuing to contribute to your investments right now — or even putting more money in the market — is the only way dollar-cost averaging can work well. Having said that, the ‘new normal’ that seems to be setting in would require a new thought process when it comes to growth projections, with a chunk of the analysis based on which way sentiments would grow. Algorithmic trading using sentiment analysis could be the deciding factor for many investors sitting on the fence, at the moment

While most borders are closed, some airlines on the brink of extinction, and hotels still undecided about their daily menu, the story seems to be fast-changing in some parts of the world. Sports tourism destinations have somehow managed to score high on the Corona index by keeping their infections low and case fatality rate even lower and have almost come to a stage of zero infections. Most countries that were nominated for the 2019 World Travel Awards for Sports tourism, be it New Zealand, Japan, South Korea, or UAE, seem to be ready to resume activities and are chalking out robust plans to revive tourism in their destinations.

But, there is a new normal setting into the world of sports. Sporting activities which are rights-based and governed by International sports bodies, mostly located in countries worst hit by the pandemic, be it USA, UK, or Western Europe, seem to be making it difficult for, both the athlete and the spectator. Novak Djokovic was perhaps right when he said that the extreme restrictions proposed for the US Open will not allow the players to train properly. The others may not be as vocal as someone as forthright as Novak has always been. What one needs to understand here is that there cannot be a one-size-fits for all nations in the post Corona era, as every country has had a different story and experience over the past 2 months, which requires a customized solution for the new normal.

First, let’s try to comprehend how big the sports picture is in terms of what’s there for the taking. Global researches predict Sports media rights revenue to be in the range of  US $ 85 Billion by 2024 from the current 46 Bn$ and most of this drive is going to come from internet streaming and not Television. However, some skeptics feel that it wouldn’t be possible for the OTT players to replace or compete with the big satellite TV channels especially for the big soccer football leagues, Grand slam tennis, or big-ticket sporting events such as Olympics, Commonwealth, Asian games, etc.  Be that it may, the moot point to ponder is – Do all these big events cover the entire edifice, gamut of the sporting world. Moreover, will these big-ticket events continue to generate the same revenue with the restrictions in place, and presumed to last a while!

A perfunctory look at some bare facts and data regarding global sports lovers, aspiring sportspersons clearly gives us an understanding that there is a huge ‘non-rights’ sporting world out there waiting to be wrapped by live broadcasting platforms.

Estimated cricket lovers in the world are 2.2 billion. 54 million wish to adopt cricket as a career in India, and at least 10% of them being at a world-class level of talent, will be a modest analysis. Unfortunately, not more than a thousand cricketers land up playing professional cricket. India, with the level of cricket talent that exists, is capable of having 10 more IPL format teams and competitions.

Football, one of the oldest and most popular sports of the world has a fan following of 3.5 billion and lakhs of them being aspiring players. Not more than a couple of thousands again are known globally

The ‘Non-rights’ sports properties seem to be the one to lap up in this new era with Sports tourism destinations extending an open arm to help host these events. Travel sentiments would be further strengthened when it is for an immunity building activity like a sporting event. The icing on the cake would be to rope in sports broadcasters who wish to be part of this pie, which would prove a win-win situation for the aspiring athlete, the host country, and the broadcaster.

Is there a severe dearth of indigenous football talent in India? Talking Turkey with Kanthi digs deep