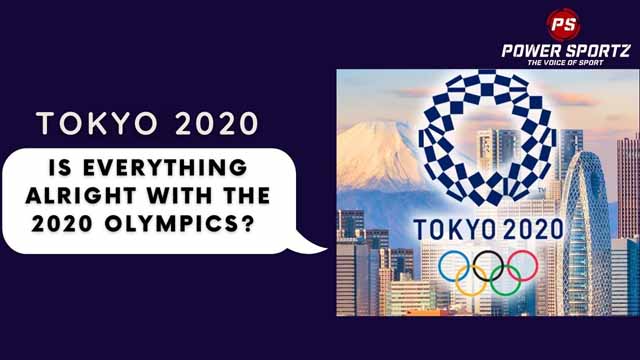 Roads were being barricaded on Tuesday around Tokyo Olympic venues, including the new billion-dollar National Stadium where the opening ceremony is set for July 23.

Is this finally a clear sign that Tokyo Olympic planners and the International Olympic Committee are moving forward? There is still a huge public opposition, warnings about the risks of the games becoming a spreader event, and Tokyo and other parts of Japan being under a state of emergency until June 20.

Today we are only 45 days away from the opening ceremony, although the state of emergency is in effect and the situation remains severe nationwide,” organizing committee president Seiko Hashimoto told an executive board meeting Tuesday.

The silver lining is that the number of new COVID-19 cases in Tokyo has started to decrease a little and there is hope that the situation will be under control as soon as possible.

New infections in Tokyo are down to around 500 cases a day which is still a cause of concern to many, though down from 1000 a day, just about a month ago

The number of hospitalizations and the seriously ill has also come down but the levels are still higher than the first wave when COVID-19 variants were not prevalent in Japan.

People do seem to be a little more relaxed than before and the movement of people in central Tokyo had been rising for three weeks. They have been warned that new infections could rebound if people continue to increase their mobility.

Only  3.66 percent of Japanese people were fully vaccinated as of Monday. This comes as a bit of a disappointment before a huge event like the Olympics. Countries like UK, USA have ensured more than 30% of their population fully inoculated

In Japan, 10.7 percent had at least one shot in what has been a slow vaccine rollout.

Japan has lost  13,500 lives to COVID-19, which is fine by some standards but not as low as many countries in Asia.